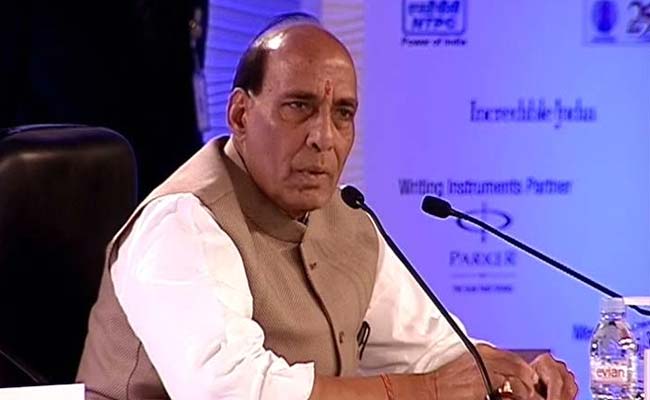 New Delhi: Describing the anti-Sikh riots of 1984 as "genocide", Union Home Minister Rajnath Singh on Friday said several persons who had a "role" in the carnage are yet to be punished.

"In these incidents (anti-Sikh riots), there are several persons who are yet to be punished. I have faith in our judicial system and these persons will definitely get punishment," Mr Singh said after distributing cheques of enhanced compensation to the riot victims in Tilak Vihar area of west Delhi.

"I know that until these persons are punished, victims will not get relief. I want to assure that government is with you and will be with you in even bad days," he said.

The Union minister distributed cheques of Rs 5 lakh each to 17 kin of the riot victims at a function in Tilak Vihar.

According to a senior government official, enhanced compensation to 2,459 people will soon be given after verification.

Mr Singh also said that he has constituted a committee under a retired judge to look into the grievances of victims of 1984 riots.

"I want to assure that after getting complaints through this committee, government will solve them," he said.

The Centre had recently announced to provide additional Rs 5 lakh compensation to the kin of Sikhs killed in 1984 riots.

Mr Singh said that he wanted to give its credit to Prime Minister Narendra Modi.

Calling the 1984 anti-Sikh riots "genocide", Mr Singh said, "It was not riot, it was genocide instead. Hundreds of innocent people were killed. The pain of the kin of riot victims cannot be compensated by even paying crores of rupees."

Meanwhile, some kin of the riot victims said they want the culprits to be punished instead of the compensation.

Promoted
Listen to the latest songs, only on JioSaavn.com
"My pain cannot be reduced by money and I want to see culprits being punished. Even after 30 years, main culprits are roaming free," 70-year-old Amarjeet, whose husband Satnam was killed in the riots, said after receiving the cheque from the Union Minister.

"We cannot expect anything from the government. These riots took place in 1984, but the justice is yet to prevail. I don't want money but justice," Bakshish Kaur, whose husband was also killed in the riots.