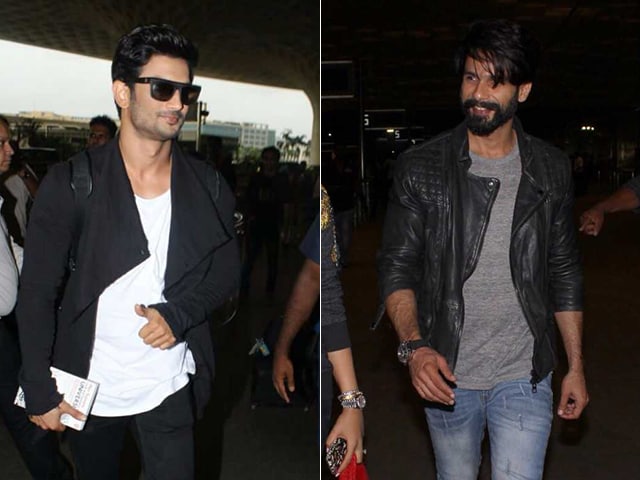 New Delhi: A mysterious tweet from Sushant Singh Rajput is being interpreted by social media as a case of sour grapes after Shahid Kapoor won Best Actor at the IIFA Awards over the weekend. Sushant, who was nominated for his performance in M S Dhoni: The Untold Story, tweeted cryptically "hahahaha," tagging the IIFA Twitter handle, on July 15, the day the award ceremony took place in New Jersey. The 31-year-old actor's post left social media confused - after much speculation, Twitter concluded that Sushant's intent was to belittle the award organisers for: a) honouring Shahid Kapoor as Best Actor over his own performance and b) giving Varun Dhawan an award for Best Actor in a Comic Role in honour of his less-than-acclaimed performance in the film Dishoom.

This is Sushant's tweet - he has not clarified what he means by it:

The comments thread on the tweet offers several explanations:

He is laughing at IIFA for not getting best actor award..ek mauka mila tha wo bhi gaya..

At least one person was foxed:

Sushant Singh Rajput is so arrogant and obviously a cheater. Bdw acted well in M.S.Dhoni.

Sushant Singh Rajput is a good actor but he must abstain from sharing his disappointments on twitter .
Just accept the results & move on .

Promoted
Listen to the latest songs, only on JioSaavn.com
Indian Express, however, quotes a source as saying, "Sushant's tweet had nothing to do with the awards. It was simply an expression of having a successful graduation from a background dancer, to now being an actor performing at the very same award function. Infact the tweet was posted right after Sushant's performance and had no relevance to the award ceremony. As opposed to the speculation, not getting an award doesn't affect Sushant as he is very secure as an actor."