IIFA Awards 2017: Shahid Kapoor And Alia Bhatt Are Celebrating Their Win This Way 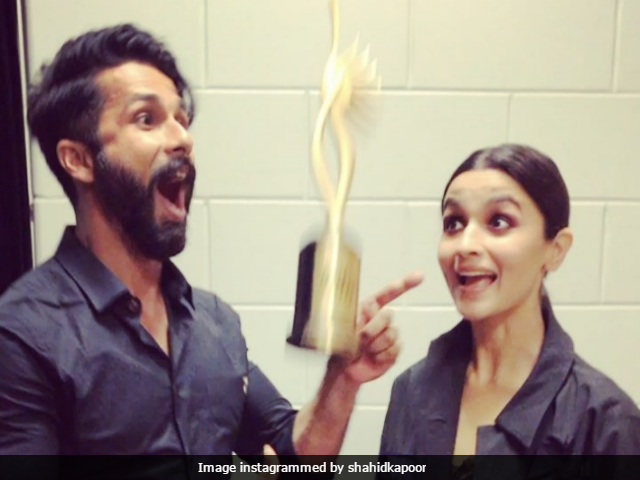 New Delhi: Shahid Kapoor and Alia Bhatt were named Best Actors at the 18th edition of the International Indian Film Academy Awards for their brilliant performance in 2016 movie Udta Punjab on Saturday. Today, the Shaandaar co-stars posted a cute boomerang video on social media to congratulate each other on the success. In the video, the duo can be seen happily playing with the IIFA trophy post the award function. Shahid Kapoor captioned the video as: "#Udtapunjab double whammy. Tommy and Mary Jane. Congratulations @aliabhatt." On the other hand, Alia wrote: "Here's to Udta Punjab @shahidkapoor." Check out the video posted by the actors here:

Udta Punjab, directed by Abhishek Chaubey, revolves around the drug abuse by youth in the state of Punjab and the various conspiracies surrounding it. The fil has earned around Rs 997 million worldwide.

In the film, Shahid Kapoor portrayed the role of Punjabi rockstar, Tommy Singh, who is coping with a drug addiction. Alia Bhatt features as a migrant woman, who dreams of playing national level hockey for the country. However, she is exploited and trapped in a drug lord's house.

Three-day celebration of Indian cinema, the 18th edition of the International Indian Film Academy Awards, was held in New York on from July 13 to July 15. Bollywood celebrities like Salman Khan, Katrina Kaif, Sonakshi Sinha and Varun Dhawan were a part of the grand event.