No one is allowed to leave or enter the vessel, and the company responsible for anyone who worked on board is to track and trace all employees who interacted with the subject vessel," Transnet said on Tuesday. 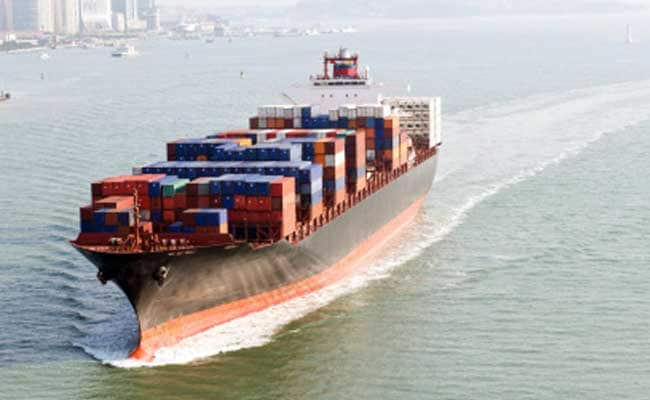 Transnet said the ship with Filipino crew had sailed directly from India. (Representational)

Fourteen crew members of a cargo ship that sailed to Durban from India have tested positive for COVID-19, South Africa's Transnet National Port Authority has said.

A spokesperson from Transnet said the cause of a chief engineer's death aboard the ship was heart attack and not COVID-19.

The 14 were among the entire crew that was tested after the ship arrived in Durban on Sunday. They are now all in isolation as authorities start a track and trace initiative for all those who might have been in contact with them.

"The vessel is currently on quarantine. No one is allowed to leave or enter the vessel, and the company responsible for anyone who worked on board is to track and trace all employees who interacted with the subject vessel," Transnet said on Tuesday.

A senior port official, who spoke on condition of anonymity, told a news portal that at least 200 port employees had been working on the vessel since Sunday evening, manually offloading about 3,000 tonnes of rice.

"The rice came in 50 kg bags. We are a bit concerned because a lot of people have boarded that vessel since Sunday," the source said.

Transnet said the ship with Filipino crew had sailed directly from India, where they had been tested for COVID-19 and cleared as per requirements.

All operations with the vessel have been suspended.

The authority said it remained vigilant to ensure that all vessels calling at the port have been cleared.

"TNPA is responsible for ensuring that all vessels calling the port have been cleared by relevant state organs, namely, port health, migration, MRCC and customs before entering or leaving the port," it said.

News of the incident caused widespread concern on social media about fears that the new B.1.617 variant that was causing thousands of deaths in India daily had reached South African shores.

Health Minister Zweli Mkhize has assured the public that plans are in place to test all arrivals into the country, reminding them that there were no direct flights from India.

Mr Mkhize did express concern though that those arriving from India via other countries could pose a challenge.