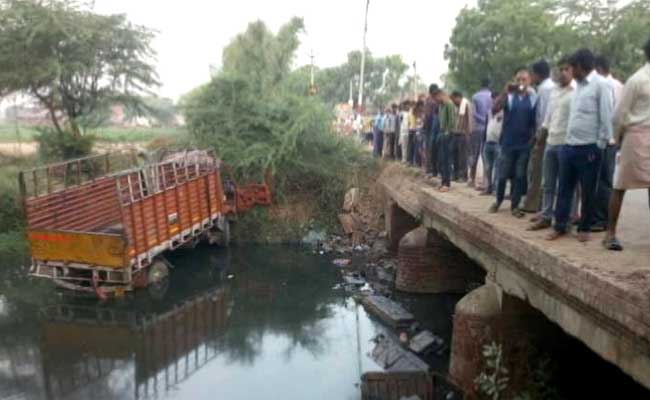 The driver lost control of the vehicle, rammed the barrier of the bridge and fell into a dam.

Etah, Uttar Pradesh: About 14 people died and another 25 were injured when the mini truck they were travelling in overturned in western Uttar Pradesh's Etah district last night. According to initial reports, the driver fell asleep at the wheel, lost control of the vehicle and rammed the barrier of the bridge before falling into a dam.

The group was returning from a wedding party in Sakroli and headed to Agra.

The locals immediately informed the police and rescue teams took them to the nearby hospital. Some of the injured are said to be critical and have been referred to Agra Medical College. The bodies have been sent for postmortem.