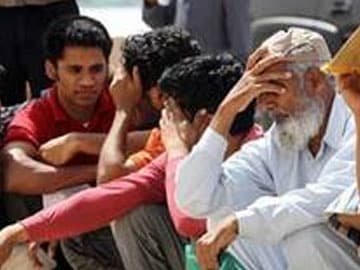 The Malaysian government had approved the applications of 82 out of 202 Indians who applied for Permanent Residence status last year.

Singapore: Some 120 Indians, who have been living in the Malaysian state of Sabah since 1968, are yet to get their permanent residence (PR) status in that southeast Asian nation.

However, chairman of the Sabah unit of the Malaysian Indian Congress (MIC), V. Jothi, said that Sabah Chief Minister Musa Aman has been helping the Indian community to acquire permanent residency in Malaysia, the Borneo Post reported on Monday.

The Malaysian government had approved the applications of 82 out of 202 Indians who applied for PR status last year.

"I am hoping the chief minister will help us to speed up the approval of the other 120 applicants as they have been in Sabah for so long under the request of the government to develop this state," Jothi said at a Deepavali function at Likas in Kota Kinabalu, the capital of Sabah.

Jothi said the Indian community has been living in harmony in Sabah and has contributed to the state's development; hence their applications should be approved soon.

Ethnic Indians comprise a little over seven per cent of Malaysia's total population of nearly 30 million.