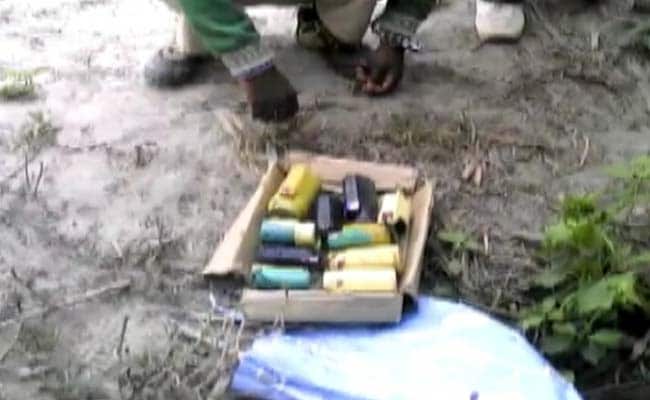 Cops suspect that 90 more bombs could be hidden in the area.

Barpeta, Assam: 10 crude bombs were recovered by the Assam Police in the state's Barpeta district on Sunday based allegedly on the confession of an accused in the Burdwan blast case.

The Special Operation Unit of the state police recovered the bombs that were hidden in Nampara village in Patacharkuchi following the alleged confession of Nurzalal Haque who is an alleged associate of Shahnoor Alam, the prime accused in the October 2 Burdwan blast. Alam, who was arrested nearly two weeks ago by the National Investigation Agency from the state, was the face of jihadi terror in Assam, according to the police.

Cops suspect that 90 more bombs could be hidden in the area.

Promoted
Listen to the latest songs, only on JioSaavn.com
Nurzalal, who was arrested from Salbari in Baksa district on Saturday for his alleged links with jihadi operatives, had allegedly provided information about the bombs which were later destroyed.