The Rahul Gandhi-Chandrababu Naidu Hyderabad Roadshow will start at 5:20 pm from Satyam Theatre located at Ameerpet area and will culminate at 6:30 pm. 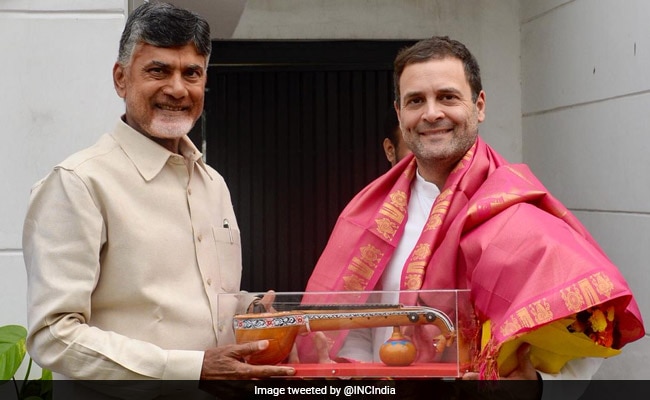 Hyderabad traffic police has urged commuters to look for alternative routes during roadshow.

The roadshow will start at 5:20 pm from Satyam Theatre located at Ameerpet area and will culminate at 6:30 pm.

After the road show, Chief Minister Chandrababu Naidu will proceed to Royal Sea hotel situated in Asif Nagar via Panjagutta NFCL road and will participate in another road show from 7 pm to 7:45 pm.

Bharatiya Janata Party (BJP) president Amit Shah is also slated to take part in a roadshow at 5 pm from Ramnagar Gundu and will proceed towards Fever Hosptial via Vidyanagar 'Y' Junction, Hindi Maha Vidyalaya Junction, Shanker Mutt and will conclude at Fever Hospital at 6.30 pm.

After the roadshow at Fever Hospital, Mr Shah is expected to proceed to Saroorngaar Indoor Stadium.