A three-month-old baby kept in an incubator was killed after a fire broke out in the fourth floor of a private hospital in Hyderabad on Tuesday. 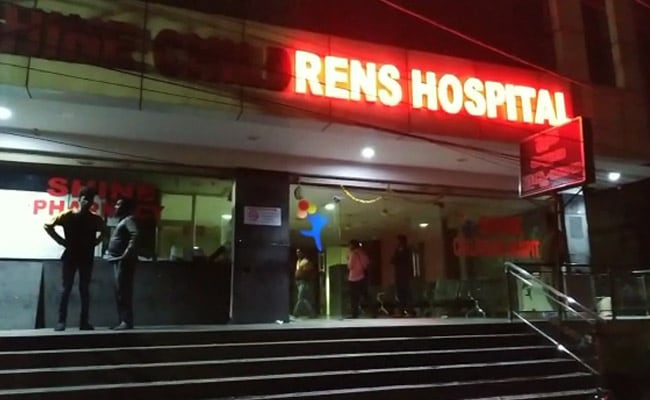 A baby was electrocuted after a fire broke out at Shine Children's Hospital in Hyderabad.

The Managing Director of a hospital in Hyderabad, where an infant was electrocuted in an incubator after a fire, has been arrested, the police said on Friday.

VSK Reddy, Managing Director of Hyderabad's Shine Children's Hospital has been arrested. A case has been registered against four other hospital employees.

A five-month-old baby had died and four children were injured in a fire that broke out in the neonatal intensive care unit of the hospital on Tuesday.

After the incident, Ramchander Rao, Member of Telangana Legislative Council had said: "This is the second incident at this particular hospital. There must be an inquiry against all nursing hospitals. How are officials granting licenses to such hospitals that violate the rules and are not employing trained workers? The government must take responsibility."

Shaik Moin, a witness had told news agency ANI: "We came to admit our child suffering from dengue at Shine Hospital around 2:30 am. When we reached the hospital, parents were taking out their injured children. No hospital staff was available."