Student Allegedly Hangs Himself In Hostel In Hyderabad University, Dies In Hospital 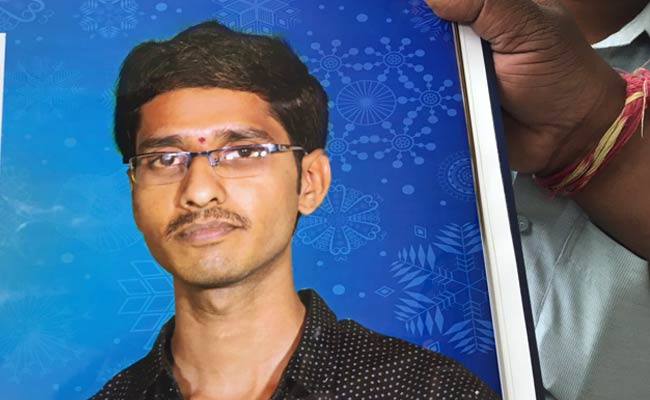 Praveen, reportedly from backward class, was a first year student at Hyderabad University

Hyderabad: A first-year student was found hanging in his hostel room early this morning at the Hyderabad Central University, where Dalit scholar Rohith Vemula had killed himself in January this year.

The police said they suspect Nelli Praveen Kumar, a student who had enrolled in July for masters in fine arts at the Sarojini Naidu School of Arts and Communication, committed suicide. No suicide note has however been found  in initial searches at the hostel, they said.

According to the university authorities, at about 4.15 am Praveen's roommate returned from his painting studio and found the room locked from inside. When Praveen did not open the door despite several knocks, he alerted others. When the latch was opened through the ventilator Praveen was found hanging from the ceiling.

He was rushed to the University Health Centre in the campus, where after preliminary examination, doctors sent him to Citizen Hospital where doctors declared him dead. Later, his body was moved to government-run Osmania General Hospital for postmortem.

Praveen is from Shadnagar in Mahbubnagar district of Telangana about 50 km away from Hyderabad. His father is an employee with the public sector BSNL.

Praveen's brother Naveen said the family had spoken to him three days ago.  Praveen had joined the university only in July.

"The reasons behind Praveen's death are not yet known," said a police officer.

In January, a Dalit PhD scholar Rohith Vemula had hanged himself in his hostel room at the same university after alleging persecution by university officials over his caste.