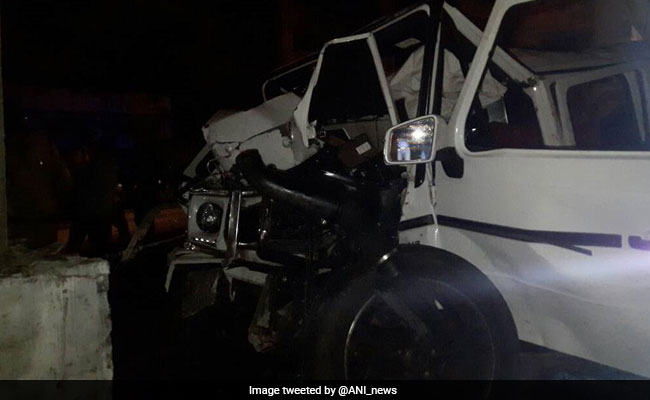 Andhra minister P Narayana's son and his friend were killed in a road accident in Hyderabad.

Hyderabad: Nishit Narayana, the son of senior minister Andhra Pradesh minister P Narayana who ran some of the state's top educational institutions, died after his Mercedes SUV, which was allegedly speeding, crashed last night in Hyderabad. Mr Narayana, 22, was a director of the  Narayana group of educational institutions, which ran colleges and coaching classes and his father is a minister in the government of Chandrababu Naidu and is on his way back to India from a foreign trip.

Promoted
Listen to the latest songs, only on JioSaavn.com
Police sources say that Mr Narayana was driving the SUV and was accompanied by a friend when  the  Mercedes rammed a pillar that is part of an under-construction track of the local metro.

Families get bodies of 4 Andhra students killed in US