What Is Inulin And Why Is It Suddenly In So Many Food Products?

One of the most prevalent fibre-boosting ingredients is inulin. Like any fibre, it can cause gas, bloating and abdominal pain if consumed too quickly or in large quantities. 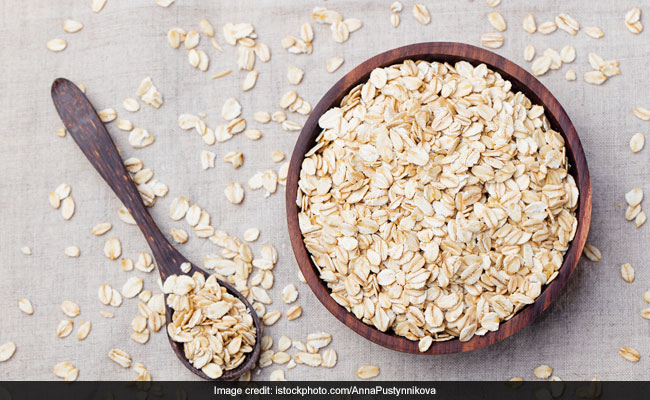 Inulin is a type of prebiotic

Fibre is "the new protein," according to market research firms. But it could also be the new pain in your stomach. If you're like most Americans, you're trying to add more fibre to your diet. That's a good thing, because the average American gets only half the recommended amount of fibre each day. Manufacturers are responding to consumers' wishes by adding fibre to a plethora of foods and beverages, including cereals, energy bars, protein supplements, "healthier" cookies, diet ice cream and even bottled water.

One of the most prevalent fibre-boosting ingredients is inulin. Like any fibre, it can cause gas, bloating and abdominal pain if consumed too quickly or in large quantities. Many of my clients who have complained about digestive discomfort don't realize how much inulin they're consuming each day. Most of them have never even heard of it.

Here's what you should know about inulin, including how much you need and how to determine how much you are getting.

Inulin is a type of prebiotic, a substance that's used by the microorganisms in your digestive tract and positively influences health. At this point, there is evidence that three prebiotics can provide health benefits: inulin, also referred to as long-chain inulin; fructooligosaccharide (FOS), a short-chain inulin that's also called oligofructose, and galactooligosaccharide (GOS).

Both inulin and FOS are extracted from chicory root fibre, a natural dietary fibre that is extracted using hot water from a plant that's part of the dandelion family. GOS is produced from lactose, which is sourced from animals. It also isn't as well-studied as the other two.

Inulin is also found in smaller amounts in whole wheat and some vegetables and fruits, such as asparagus, garlic and bananas. Data from 1999 (the most recent available) puts the average American intake of inulin naturally occurring in food at 2.5 to 3.5 grams a day.

Chicory root fibre passes through your small intestine and then is fermented by the bacteria in your large intestine. As noted above, taking in too much too quickly can lead to digestive discomfort - which can happen with any fibre. In addition, some people seem to be more sensitive to inulin and FOS than others, and may need to limit their consumption.

Inulin does have some digestive benefits. A blend of short- and long-chain inulin has been shown to reduce discomfort and help with constipation. The fibre increases the amounts of beneficial Bifidobacteria and Lactobacilli bacteria in the gut. The European Food Safety Association has approved the claim that consuming at least 12 grams of chicory inulin or FOS a day eases constipation. (There isn't enough research to state this about GOS.)

Inulin and FOS also may reduce our calorie intake and blood-sugar levels and increase calcium absorption.

Chicory root fibre seems to slow down stomach emptying and suppresses appetite signals in the brain, which could help you eat less. In small studies, adults and children of both normal and excess weight who took a supplement of 12 to 16 grams a day consumed fewer calories.

Inulin also seems to lower glucose and insulin levels after meals in average-weight and overweight people. And a study of 49 women with Type 2 diabetes found that taking 10 grams of inulin a day compared with 10 grams of maltodextrin (a refined carbohydrate) over eight weeks was associated with a significant reduction in fasting blood sugar and A1C (an average of blood sugars over three months) and insulin levels.

Though these findings are exciting, there needs to be more research on the effects of inulin on individuals with pre-diabetes and Type 2 diabetes to know whether it can be helpful in these populations.

Regarding calcium, research suggests that getting 8 grams of chicory root fibre a day improves absorption. Chicory root fibre makes the colon more acidic, which increases the surface area that can absorb nutrients and makes more proteins that bind to calcium.

A year-long randomized control trial in 100 adolescents conducted at the Agriculture Department's Children's Nutrition Research Center at the Baylor College of Medicine found that the teens taking 8 grams a day of chicory root fibre had higher levels of calcium absorption and higher bone mineral density, showing that the additional calcium that was absorbed was deposited into bone.

How much inulin to aim for

In prehistoric times - when we were eating far more vegetables and gnawing at roots - it's estimated that our ancestors consumed about 135 grams of inulin a day. I wouldn't recommend aiming for those levels, given what our digestive levels are now accustomed. But we can realistically reach much lower levels that promote health benefits.

Based on research, aim for 5 grams of inulin a day to boost the growth of the probiotic Bifidobacteria in your gut. For better calcium absorption, you want to get 8 grams or more. Getting 12 grams of inulin and FOS a day has been shown to help promote regular bowel movements.

Any time you increase your fibre intake, do so gradually to give your body a chance to adjust. Be sure to drink plenty of water to help prevent constipation.

Randal Buddington, professor at the University of Tennessee Health Sciences Center, likens increasing your inulin intake to exercising more. "If a couch potato starts exercising with a very intense workout, the pain and agony may very well keep them from continuing. If they start slow, and gradually build up, the benefits will increase and the person will continue."

The amount of inulin that's tolerated seems to vary from person to person. Research suggests that long-chain inulin is better tolerated than FOS. Most healthy people do well with up to 10 grams of inulin and 5 grams of FOS a day.

Hannah Holscher, registered dietitian and professor at the University of Illinois, recommends a gradual increase every two weeks. "Let's say there's [an energy] bar you like that's high in inulin that you seem to be sensitive to. You might start eating a quarter of the bar for a week or two, then one-half for a couple of weeks, and work up to having the full bar."

How much has been added?

Companies aren't required to specify the amount of inulin in their products on the label; it will be included in the total amount of dietary fibre in the Nutrition Facts table.

If a food or beverage that doesn't usually contain fibre, such as yogurt or flavored water, lists inulin as the only fibre ingredient, then the amount of dietary fibre tells you how many grams of inulin have been added.

If a food is made with whole grains or other fibre-rich ingredients, such as a cereal or granola bar, it can be tough to tell how much of the fibre is coming from inulin. In this situation, you can look at the ingredient list to see where the inulin appears (it could be listed as inulin, oligofructose, oligofrutose-enriched inulin, chicory root fibre, chicory root extract or fructooligosaccharides). Because ingredients are listed by weight, if inulin shows up early, that means higher amounts of it have been added. If it's still not clear, you can also contact the manufacturer to find out how much chicory root fibre is being added and which types.

Though inulin offers benefits as a fibre source and as a prebiotic, keep in mind that the majority of your fibre should be coming from whole foods that provide other nutrients. The goal is to get 25 to 38 grams of fibre a day from food rather than supplements.

Holscher suggests keeping it simple. Focus on getting enough fibre overall rather than worrying specifically about getting enough inulin. Including plenty of plant-based foods in your diet will help you get some inulin along with other fibre types.

If you're trying to eat fewer calories or boost calcium absorption, I recommend starting with the basics before adding high-inulin foods and beverages or supplements to your routine.

To take in fewer calories, eat plenty of non-starchy vegetables, increase your overall fibre intake via pulses and small portions of whole grains, consume lean protein sources and up your water intake. For better calcium absorption, make sure you're taking it with vitamin D. Then you can think about whether chicory root fibre is something that could enhance your diet