Type 1 diabetes: The research, shows for the first time that children who were diagnosed under 7 years old do not process insulin properly, and the cells that make it are quickly destroyed. 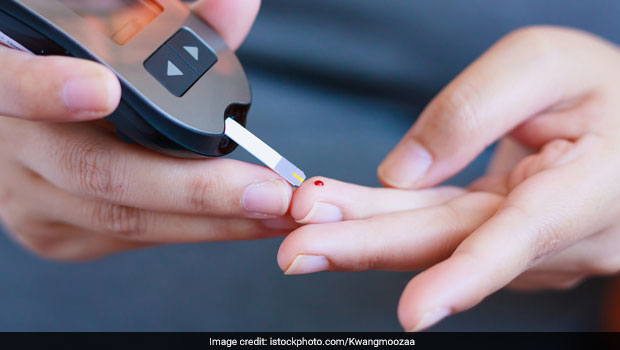 Type 1 diabetes is not one but two separate conditions, according to researchers who found that children diagnosed under the age of seven have a different form of the condition compared with those aged 13 or above. The research may prove to be a significant step towards finding a cure for some diabetic people, according to the researchers from the University of Exeter in the UK. Type 1 diabetes occurs when the body's immune system attacks the cells that produce the hormone insulin in the pancreas, destroying them. This means they no longer regulate blood sugar levels effectively and people affected by the condition must inject insulin several times a day to do this job.

The research, published in the journal Diabetologia, shows for the first time that children who were diagnosed under 7 years old do not process insulin properly, and the cells that make it are quickly destroyed.

Those who are older at diagnosis -- aged 13 or over -- often continue to produce normal insulin, according to the researchers.

The findings reignite important questions about whether these "dormant" insulin-producing cells could be strengthened to work more effectively, the researchers said.

"The significance of this (finding) could be enormous in helping us to understand what causes the illness, and in unlocking avenues to prevent future generations of children from getting type 1 diabetes," Morgan said.

The researchers explained that the finding may also lead to new treatments, if they can find ways to reactivate dormant insulin-producing cells in the older age group.

"This would be a significant step towards the holy grail to find a cure for some people," Morgan said.

The researchers propose that children diagnosed between the ages of seven and 12 could fall into either the T1DE 1 or T1DE2 group.

They are now working on more precise ways to define which type of diabetes such children have by studying the small amounts of insulin released into their blood.

The team reached their conclusions by analysing two bioresources including the Exeter pancreatic biobank comprising more than 130 samples, many of which come from children and young people who died soon after being diagnosed with type 1 diabetes.

The researchers also studied whether the differences seen in the pancreas are mirrored in the blood of people diagnosed with type 1 diabetes at increasing ages.

"Our research could have a significant impact on current emerging therapies for type 1 diabetes," said Sarah Richardson, Associate Professor at the University of Exeter Medical School.

"We're seeing a lot of promise in immunotherapies which can slow disease progression, but so far that hasn't translated into effective new treatments. It could be that we need to focus on the use of different therapies in each age group, for these to be effective," Richardson said.

Here's Why You Must Include Watermelon Seeds In Your Diet