Strength Training Twice A Week Has Many Health Benefits: Know Them All

Weight training health benefits: Consider making time in your schedule for two short strength-training sessions a week. Don't sweat the details. You can lift at whatever pace you enjoy, but it is important. 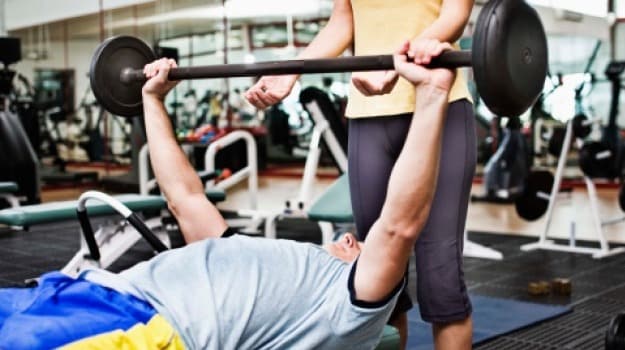 They call for two or three sessions a week, but make no reference to total time. To add to the confusion, strength training can seem complicated, with all those contraptions and weights and methods of lifting them. To the rescue: A new paper simplifies the variables, and offers a practical and proven program that can be done in less than an hour a week.

The study: The report, which appeared in the journal Applied Physiology, Nutrition, and Metabolism, was written by a team of U.S. and British strength-training experts. Their investigation aimed to determine if relatively short strength training sessions utilizing different lift techniques could improve strength. It also looked into blood glucose levels pre- and post-experiment.

All subjects followed a routine that consisted of two different strength sessions, of nine exercises each, that emphasized the chest press, leg press, and pull down. Subjects performed each session once a week for 10 weeks.

At every workout, subjects did the assigned exercises to "momentary failure," which took about 12 lifts with the control group, four to five for the group doing 10 second contractions, and just one lift at 30:30:30. As a result, subjects spent the same "time under load" in each of the three protocols - about 90 seconds.

After 10 weeks, subjects in all three groups had gained a significant amount of strength, but there was no difference between groups. All groups also had a lower blood glucose level. This result was not statistically significant, but the authors believe it "might be clinically relevant," as the drop lowered subjects into a different quartile of blood pressure risk.

"Our paper showed that you don't need to spend two hours in the gym five times a week, as many people think," says lead investigator James Fisher, from Southampton Solent University in England. "Even trained individuals continue to make gains with less than an hour a week. My own workouts take less than 20 minutes, twice a week."

Next steps: Consider making time in your schedule for two short strength-training sessions a week. Don't sweat the details. You can lift at whatever pace you enjoy, but it is important, Fisher believes, to reach the point of momentary failure where you can't do any more.

This approach should be even more effective with untrained lifters, who will have more to gain from beginning a strength program. "The main message is that resistance training can be relatively simple and still effective," says Fisher. "It doesn't have to get complicated by various training methods and protocols."