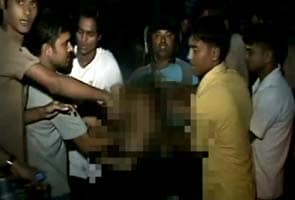 Guwahati: A chief judicial magistrate's court today convicted 11 of the 16 people accused of assaulting and molesting a girl in public outside a pub in Guwahati on July 9. They are yet to be sentenced.

Prime accused Amar Jyoti Kalita is among those held guilty. But the court acquitted local television journalist Gaurav Jyoti Neog, who filmed the molestation and was arrested on charges of having planned the mob attack on the 20-year-old girl.

Three others - Hafizuddin, Diganta Basumatary and Jitumoni Deka - were let off because of lack of evidence. One of the accused in the case is a minor and his case is being heard in the juvenile justice court.

The footage was aired by the channel Neog worked for. It was uploaded on YouTube and went viral, causing widespread outrage. Mr Neog was forced to resign on July 15 and arrested on July 21.

The girl was molested for around 40 minutes on a busy street in Guwahati's Christian Basti area, just a kilometre away from the nearest police station and the state secretariat.

That was just the beginning of her nightmare. Chief Minister Tarun Gogoi met the girl, but his office issued a press release with her name and photograph. Then National Commission for Women member Alka Lamba, who went to Guwahati as part of a fact-finding committee, disclosed her name.

Promoted
Listen to the latest songs, only on JioSaavn.com
The case was probed by a special investigation team headed by Superintendent of Police (Operation) Ranjan Bhuyan. The chargesheet was filed on September 4.