The sainiks also served notices to owners of non- vegetarian food outlets, asking them to close down their shops till nine-day Navratra is over. 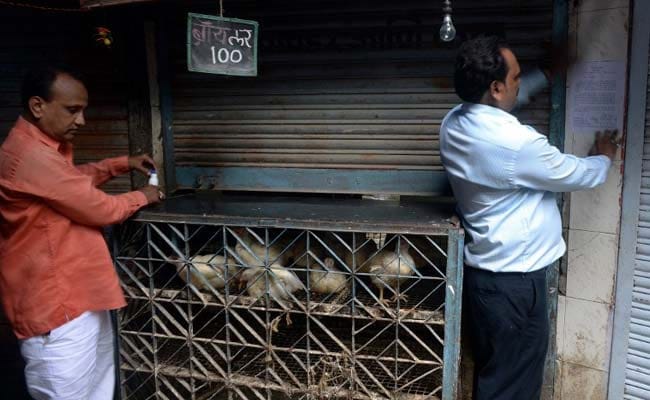 Gurgaon: Over 500 meat and chicken shops in Gurgaon on Thursday were allegedly shut down by Shiv Sena workers for Navratri festival.

"We have served notices to every meat and chicken shop. This time we have not served notices to restaurants, such as KFC and other food chains which serve chicken in their restaurants as it is not seen openly. One will have to face consequences in case he does not follow instructions," general secretary and spokesperson of Shiv Sena Gurgaon wing Ritu Raj told PTI.

The sainiks also served notices to owners of non- vegetarian food outlets, asking them to close down their shops till nine-day Navratra is over.

Promoted
Listen to the latest songs, only on JioSaavn.com
"We had on Tuesday served a memorandum to Gurgaon Deputy Commissioner Vinay Pratap Singh demanding shutting down of raw meat shops for the next 9 days in view of Navratras but the district administration did not direct the meat shop owners to shut down," Ritu said.

A senior police officer told PTI, "We are looking into the matter and no one is authorised to take law into his own hands. If the shops were forcefully shut down by the workers of Shiv Sena, we will take strict against them and are awaiting for the complaint to be registered in this regard.