The pipeline had cracked on August 15 due to a landslide near Ponda town, 40 kms away from Panaji after the state witnessed heavy rains. 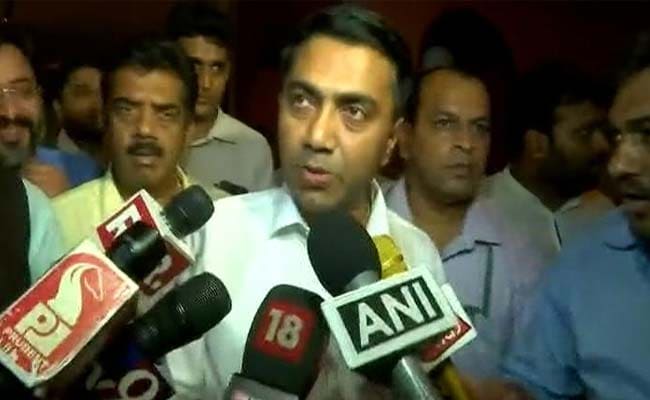 Goa's capital city Panaji was among the parts of the state that did not receive tap water for the third consecutive day on Saturday due to the bursting of a pipeline near Ponda town recently following heavy rains.

Assuring that the water supply would be restored by coming Monday, Chief Minister Pramod Sawant on Saturday said the government has roped in tankers to provide free water to the affected regions.

The pipeline had cracked on August 15 due to a landslide near Ponda town, 40 kms away from Panaji after the state witnessed heavy rains. It had snapped the supply of water to the talukas of Tiswadi and Ponda from Opa Water Supply plant.

Talking to reporters on the sidelines of a government function, Mr Sawant said several tankers have been commissioned by the state government to provide water to the scarcity-hit areas, including Panaji.

"The water supply would be restored by Monday and till then the state government will supply free water to the people through tankers," he said.

Public Works Department Minister Dipak Pauskar said the work on restoring the pipeline has been going on round- the-clock, without a break.

"I am personally monitoring the restoration work to ensure that it is completed in time," he said.

Panaji city was one amongst the worst-affected parts of Goa due to water shortage. People were seen moving out of the city on weekend to avoid water crisis.