Goans Not To Be Allowed In Casinos From 2019, Says Manohar Parrikar

Manohar Parrikar also said that the casinos operating in the Mandovi river in Panaji will be moved to special zones that will be specified in the upcoming policy. 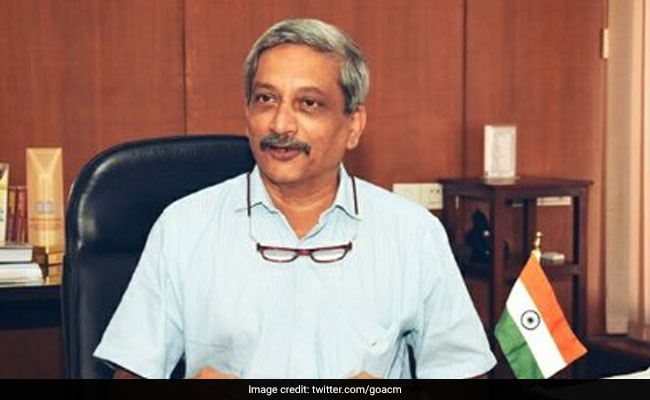 Manohar Parrikar said only tourists will be allowed in casinos (File)

Native Goans will be barred from entering casinos from 2019, Chief Minister Manohar Parrikar said on Friday. The state government will announce a casino policy next month under which a gaming commissioner will be appointed in the state, to regulate the casino industry. He said the casinos will only be welcoming the tourists.

"As a policy, Goans will not be permitted to enter the casino playing areas. Only visiting tourists shall be allowed. A mechanism will be put in place once the gaming commissioner is appointed," the Chief Minister told the Goa assembly.

Mr Parrikar also said that the casinos operating in the Mandovi river in Panaji will be moved to special zones that will be specified in the upcoming policy.

"The Government shall identify notified designated zones where present offshore casinos can be shifted. That means the government will notify zones... Licences for offshore casinos will be issued provided they grant their willingness within a year''s time," Mr Parrikar said.

"Licences for casino operations being granted in a designated zone can be considered for a tenure of 10 to 15 years taking into account the huge investment required for such projects," Mr Parrikar said.

There are currently six offshore casinos operating from the Mandovi river, while there are nine onshore casinos which function in the numerous five star resorts which dot the state.

When in the Opposition (from 2007-2012), the BJP had vociferously opposed casino operations in Goa, most of the licences for which had been granted by Congress-led coalition governments.

Top BJP leaders, including Mr Parrikar, on several occasions had promised to close down the offshore casino industry after coming to power.

When the BJP rode to power in 2012, the Congress accused the saffron party of being in cahoots with the casino lobby, especially after successive coalition governments headed by the BJP failed to shut offshore casino operations.