"One Can't Even Control Partner At Times": Goa Minister On Ally Trouble

The Maharashtrawadi Gomantak Party recently announced that it would field party president Dipak Dhavalikar for the Shiroda Assembly bypoll. 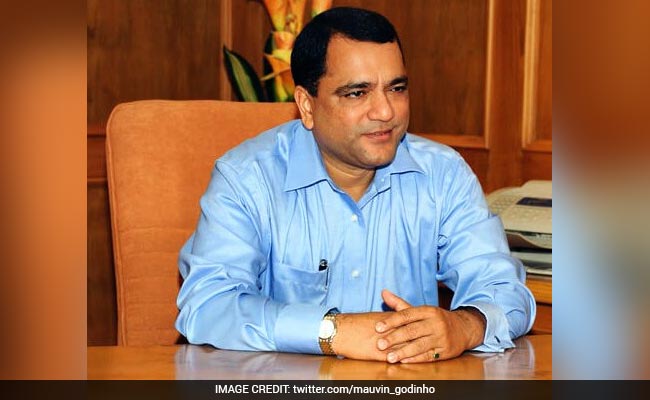 Mauvin Godinho expressed confidence that the BJP would win the two Lok Sabha seats in Goa.

There is bound to be issues among alliance partners, a senior Goa minister from the BJP said on Monday when asked about the MGP, a constituent of the Manohar Parrikar government, planning to field a candidate for an upcoming bypoll in Panaji.

The Maharashtrawadi Gomantak Party recently announced that it would field party president Dipak Dhavalikar for the Shiroda Assembly bypoll.

The bypoll was necessitated after Subhash Shirodkar resigned from the seat as well as the Congress and joined the ruling BJP.

Speaking to reporters Monday, Goa Panchayat Minister Mauvin Godinho said, "There are so many cases where you cannot control your life partner, what are you talking of(controlling) your political partner?".

"When you run a coalition government, problems are bound to happen," he said, adding that alliance partners "will toe the line of the coalition when the time comes".

He added that the government will have to put in extra efforts to solve problems with alliance partners and factor intheir wishes and opinions.

He expressed confidence that the BJP would win the two Lok Sabha seats in Goa in the 2019 polls on the agenda of development.

One Dead, Two Injured in Explosion in Madgaon in Goa