The Congress is currently the single largest party in the state with 14 MLAs while the BJP has 12 in the 40-member Assembly. 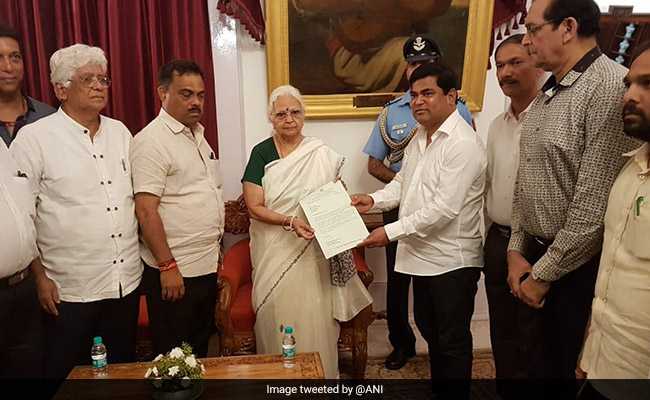 Goa Congress leader Chandrakant Kavlekar on Monday said since his party has staked claim to form government in the state, the Assembly cannot be kept in suspended animation.

Mr Kavlekar, who is Leader of the Opposition in Goa Assembly, led all his party MLAs to Raj Bhawan uninvited to meet Governor Mridula Sinha to stake claim to form government following the death of Chief Minister Manohar Parrikar.

"The governor has not given us an appointment, hence we are meeting her directly to stake claim to form government," Mr Kavlekar told reporters before heading to Raj Bhawan.

On the possibility of the Assembly being kept in suspended animation, he said, "When the Congress is staking the claim, where is the question of keeping the House in abeyance?"

The Congress has given two letters to the Governor since last Friday, staking claim to form government but the party is yet to receive a response from her.

"We are the single largest party. We have the numbers, so accordingly the governor should have given us an opportunity to prove it. Since the governor has not given us the appointment, we are directly going to Raj Bhawan," he said.

The Congress is currently the single largest party in the state with 14 MLAs while the BJP has 12 in the 40-member Assembly.

The strength of the House has now been reduced to 36 due to demise of BJP MLA Francis D'Souza earlier this year and Parrikar on Sunday, and resignations of two Congress MLAs Subhash Shirodkar and Dayanand Sopte last year.

The Goa Forward Party (GFP), the Maharashtrawadi Gomantak Party (MGP) have three MLAs each, while the NCP has one. There are three Independents as well.

The GFP, the MGP and Independents are part of the BJP-led state government.