Zomato's Zomaland In Delhi Starts From Today: Timings, Ticket Prices, All You Need To Know

Zomaland Delhi 2019: Food delivery company Zomato's first-ever on-ground food carnival is coming to Delhi today. It will also take place in Pune and Bengaluru this year. Read on to know everything you need to know about Zomaland Delhi. 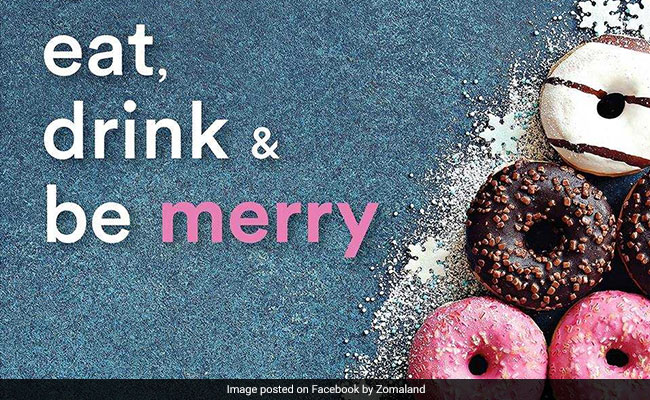 Food delivery company Zomato is hosting Zomaland - their first on-ground food festival, which will be held in Delhi today, that is, from January 18 to January 20, 2019. Zomaland will be also be held in Pune and Bengaluru from February 8 to February 10 and from March 1 to March 3 this year, respectively. The Zomaland food festival will have besides a number of varied dishes and cuisines for foodies to sample, music performances and games, stand-up comedy acts, street performances and an assortment of other fun activities like photo booths and a ride on the Ferris Wheel. So, in case you were still figuring out your plans for the coming weekend, it looks like you're in luck! What better way to celebrate the weekend than with food, music and fun?

For food lovers, Zomaland has delights galore with seven different curated zones, featuring different types of foods and cuisines, suited for palates and tastes. The 'Flavours of India' zone will have your favourite desi food restaurants, including Biryani By Kilo, Nukkadwala, Amma Haus, Sassy Begum, Roomali Garh and Indian Republic Canteen by Veda, setting up stalls. Another zone dedicated to Asian food will be called 'The Oriental Trail' and will feature restaurants like Set'z, Guppy, Ping's Cafe Orient, Enoki, Wanchai by Kylin, Namaste Asia and Wok to Walk. For lovers of American food, there's the 'American Avenue', while for those who are fond of European or Mexican fare, there's 'European Eateries' and 'Mexican Mania.'

There's a separate zone for the health freaks as well, with the 'Healthy Hub' featuring food from restaurants like The Salad Story. For those with a raging sweet tooth, Zomaland has 'Dessert District' with a trusted brands serving ice-creams and other sweet treats, including Roshan di Kulfi, Keventers, Giani's, Crepe-fe, Whipped, Waffle Wallah, Sardarji-Bakhsh Coffee & Co. and Georgia Dakota. The Zomaland festival also features a stellar music line-up, including artists like the legendary singer Lucky Ali, indie bands 'When Chai Met Toast' and 'Dualist Inquiry', as well as Rit Viz of 'Udd Gaye' fame. Stand-up performances from comedians like Rohan Joshi, Gaurav Kapoor and Varun Thakur will also be a special attraction at Zomaland. 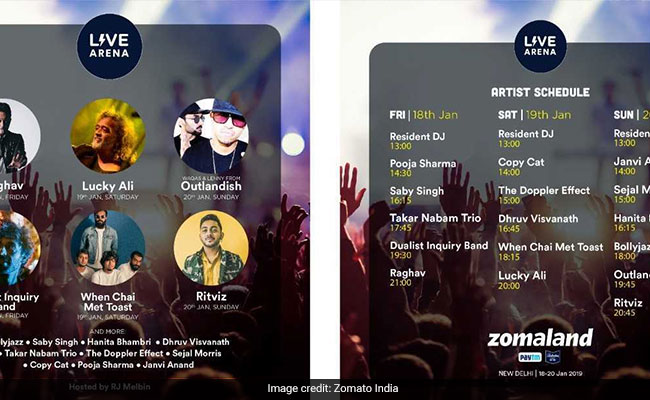 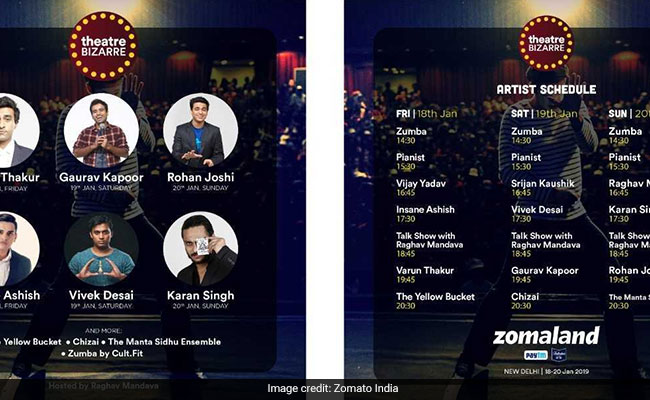 Zomaland Food Carnival 2019: Here's the full lineup and schedule of music performances and comedy acts at Zomaland in Delhi

Zomaland will take place in Delhi at Jawaharlal Lal Nehru Stadium, with early bird tickets available at a price of Rs 350. Zomato Gold members can access a specially discounted Zomaland ticket price of Rs 250. The tickets can be booked through the Zomato mobile application, which can be downloaded on all smartphones.