Pasta May Not Result In Weight Gain: Study

Researchers said that pasta has a low glycemic index, which helps in slow release of sugar in the blood and aid weight loss too. 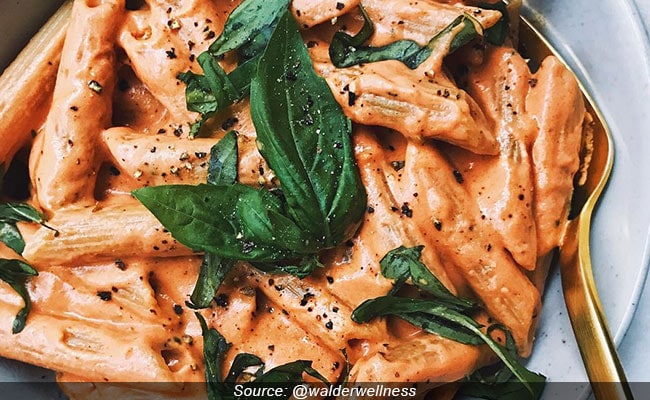 Pasta lovers rejoice! Turns out, that your favorite Italian treat could be part of your healthy diet, and may not even induce weight gain. Yes you heard us, for the longest time pasta has gained a bad rep due to the presence of refined carbohydrates which are a strict no-no for weight loss. Nutritionists across the world, have been quite weary of including pasta as part of their client's diet charts, but the latest study may convince them to rethink. Pasta's low glycemic index may relieve them of all the bad reputation it has gained in all these years.

According to a new study by St. Michael's Hospital, unlike most 'refined' carbohydrate, which are rapidly absorbed into the bloodstream, pasta has a low glycemic index.Low glycemic index foods doesn't cause a sudden surge in blood glucose levels. They cause smaller increases in blood sugar levels than those caused by eating foods with a high glycemic index.

The study is published in the journal BMJ Open, ran a systematic review of all of the available evidence from randomised controlled trials.

In the 30 randomised control trials involving almost 2,500 people, the scientists revealed, that people who ate pasta instead of other carbohydrates as part of a healthy low-glycemic index diet.

The researchers said that pasta didn't contribute to weight gain or increase in body fat. In fact in some of the trials, it actually brought about a small weight loss. Therefore people may want to include pasta as part of their healthy, low GI diet.

People involved in the diet ate an average ate 3.3 servings of pasta a week instead of other carbohydrates. One serving measured to about one-half cup of cooked pasta. The researchers said that the participants lost one-half kilogram over a median follow-up of 12 weeks.

The researchers also said, that one of course has to be mindful of the overall diet. Patsa combined with transfats or junk food would eventually lead to weight gain. But when consumed along with other low-glycemic index foods as part of a low-glycemic index diet, pasta may not be that bad. Researchers also said that, more work may be required to draw conclusive results, but to dismiss pasta as unhealthy food may need a review in the health and nutrition circuit.