A new study,published in the journal Proceedings of the Royal Society B, has found that a father's diet and nutrition may be associated with a newborn baby's health. 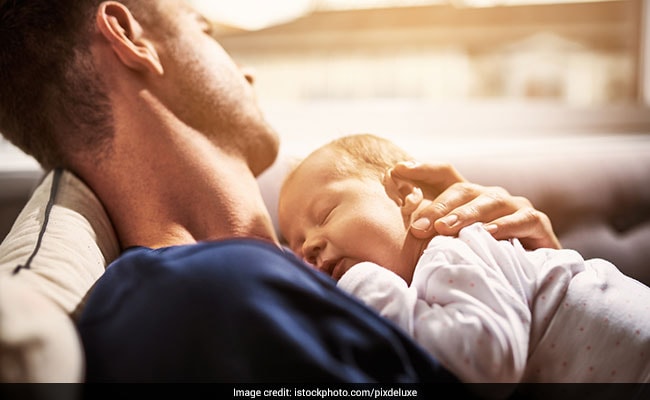 A new study, published in the journal Proceedings of the Royal Society B, has found that a father's diet and nutrition may be associated with a newborn baby's health. The study shows that the nutrition received by the father plays an important role in delivering a healthy baby. The new findings suggest that men should avoid having a high carb diet and include more proteins in their daily meals to ensure good health of their baby.

Michal Polak, a Professor at University of Cincinnati in the United States, explains, "In many species, the moms do a lot of the care. So we expect there to be an effect from maternal diet on offspring because of that strong link. But it was a real surprise to find a link between paternal diet and offspring."

The researchers carried out their study using an animal model. They manipulated the nutrition of male fruit flies and observed a strong correlation between poor diet and poor survivorship among their offspring. Scientists chose to use fruit flies as they share about 60 per cent of human genes and more than 75 per cent of human disease genes.

For the study, the team isolated females and males of the fruit fly species Drosophila melanogaster, which is famous for its enormous red eyes and high reproductive capacity. The researchers fed females the same diet but they fed males 30 different diets of yeast and sugars.

The flies could eat all they wanted to from the agar mixture in the bottom of their glass beaker homes, but the quality of the food varied dramatically from low to high concentrations of proteins, carbohydrates and calories..

Promoted
Listen to the latest songs, only on JioSaavn.com
After 17 days of being on a the strict diet, the males were mated individually and consecutively with two females, which all received the same diet. The researchers found that the embryos from the second mating were more likely to survive as their fathers' diets were healthier.