A study, which was published in the journal Scientific Reports, said that coconut oil is a better and more effective insect repellent than DEET, which is an active ingredient in a number of commercially available insect repellents. 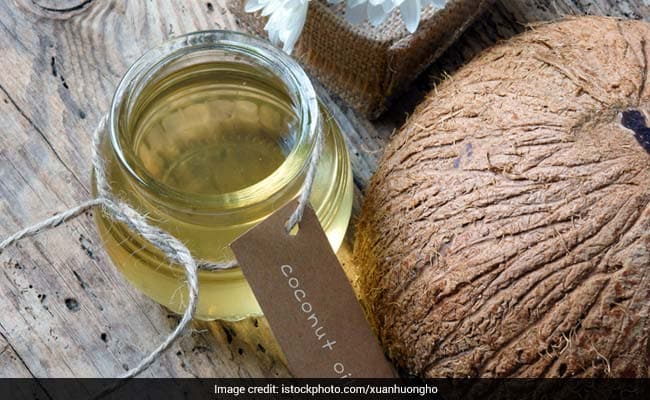 Coconut oil has acquired the status of a superfood in the recent years, due to its composition which is made up of a majority of polyunsaturated fats. Coconut oil is a healthy fat and people around the world are only now recognising the benefits of consuming it with their meals. However, a new research has now said that coconut oil can also double up as a home remedy for a very common problem- insect bite. In fact, the study, which was published in the journal Scientific Reports, said that coconut oil is a better and more effective insect repellent than DEET, which is an active ingredient in a number of commercially available insect repellents. The study was prompted by healthy concerns about synthetic repellents and insecticides on the human body, which in turn has created a demand for plant-based insect repellents.

The study has pinpointed toward several specific fatty acids present in coconut oil, which are more effective and have a strong repellent property than DEET for common insects like mosquitoes, ticks, bed bugs and biting flies. These insects are all capable of transmitting diseases to large populations of human beings. The team of researchers found that coconut oil compounds can repel biting flies and bed bugs for two weeks, while against ticks their repellence was effective for at least one week. Topical application of high concentration of coconut oil can also repel mosquitoes and prevent potentially fatal mosquito bites.

The compounds present in coconut oil that the team of researchers identified, which acted as insect repellents were lauric acid, capric acid and caprylic acid as well as their corresponding methyl esters. The researchers encapsulated fatty acids from coconut oil into starch-based formula during their trials.

Here are 4 more all-natural ingredients which can repel mosquitoes:

1. Cinnamon Oil: It can kill off mosquito eggs and also repel adult mosquitoes when sprayed on clothes and skin.

2. Neem Oil: It can provide protection against mosquitoes for a relatively shorter period of three hours, but it is quite effective. However, only diluted solution of neem oil should be used.

3. Lavender (flowers and oil): Lavender oil and crushed flowers also repel mosquitoes. It can also calm and soothe the skin.

4. Soyabean Oil: This commonly available vegetable oil can also be effective against mosquito bites, according to a study by University of Florida Medical Entomology Laboratory.