Bigg Boss Season 12 Grand Finale is over and Dipika Kakar was declared the winner. Let's take a look at the foodie side of the Sasural Simar Ka actor Dipika Kakar who loves eating and cooking as well! 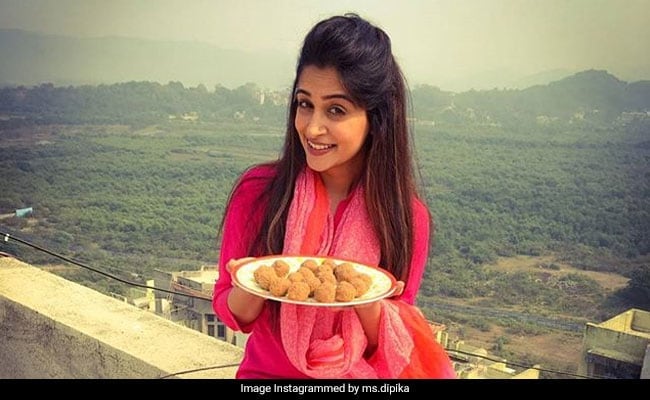 TV actor Dipika Kakar won the wildly popular reality show Bigg Boss 12 last night. The much-awaited finale of the show aired last night on Colors channel, wherein the host of the show Salman Khan announced Kakar as the winner. Kakar defeated former cricketer and politician Sreesanth to clinch the Bigg Boss Season 12 trophy, prompting a wave of congratulatory messages from fans and industry friends on the internet. Dipika Kakar won a prize money of Rs 30 lakhs, while Sreesanth was the runner up of the show. The top five finalists of the show, apart from Kakar and Sreesanth were Deepak Thakur, Karanveer Bora and Romil Chaudhary. The show wrapped up yesterday, with the contestants spending a total of 105 days inside the Bigg Boss house, and the finale saw the finalists and the show host Salman Khan performing on a number of foot-tapping numbers to entertain the audiences one last time.

Dipika Kakar, who became a household name after she landed a titular role in the daily soap 'Sasural Simar Ka' on Colors, has now gained fans and followers from around the world. The actor is quite active on social media as well and she has 1 million followers on Instagram. The actor's love for food really shines through in her Instagram posts.

Here are five times BB12 winner Dipika Kakar proved to the world how much she loved food:

When she was declared a 'bhukkad' by her husband Shoaib Ibrahim, who is himself quite fond of food:

Dipika eating that chocolate pastry with potato chips silently is all of us! Here's when the world came to know of Dipika Kakar's fondness for food, while on Bigg Boss 12:

Good food means good mood for Dipika! Here's how Dipika Kakar showed her excitement about the start of the mango season:

Here's an adorable and heart-warming throwback to when Dipika baked a heart-shaped Valentine's Day cake for her then fiancé Shoaib:

Dipika indulged in her favourite hobby of cooking in the Bigg Boss 12 house as well. Take a look:

Well, we wish the BB12 winner Dipika Kakar for the win and wish she continues to share her love for food with us!