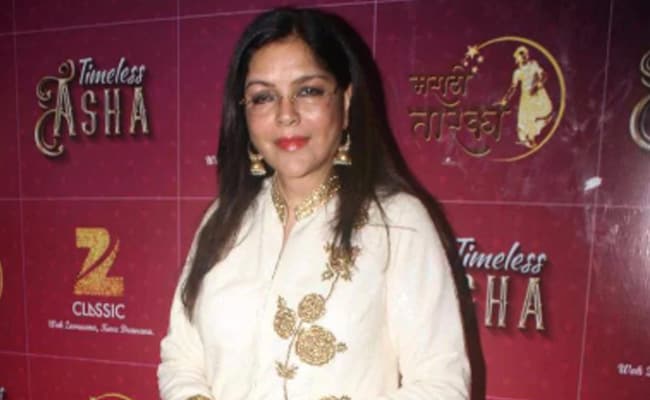 Zeenat Aman was photographed at an event.

Bollywood veteran Zeenat Aman will be making her comeback to the stage after a hiatus of 15 years with a fresh take on Kasturba and Mahatma Gandhi's relationship. The veteran actor's return with Dearest Bapu, Love Kasturba will be a part of upcoming 'The Great Indian Theatre Festival (TGITF), opening on February 22 in Mumbai. The festival, organised by BookMyShow and RBL Bank, will bring together more than 50 of India's finest actors through more than 150 shows across over 25 cities including Delhi, Hyderabad, Bengaluru, Vadodara, Chennai, and Kolkata. The opening play will tell the story of Kasturba living in absence of MK Gandhi as the latter spent his days in the Quit India movement. The drama that encompasses politics, marriage, family, children, sex, and companionship depicts Kasturba's soul writing letters to Gandhi evaluating their relationship of 60 years.

Talking about the festival, Albert Almeida, COO - Live Entertainment, BookMyShow, said that it was "a culmination of India's love for theatre."

"This form of art is deep-rooted in our culture and over time, the appetite for quality theatre has grown manifold with Indian audiences seeking varied entertainment options in this genre. The Great Indian Theatre Festival will be one of the most memorable and grandest theatrical experiences the country has witnessed, bringing together India's love for story-telling and its finest artists," Almeida said in a statement.