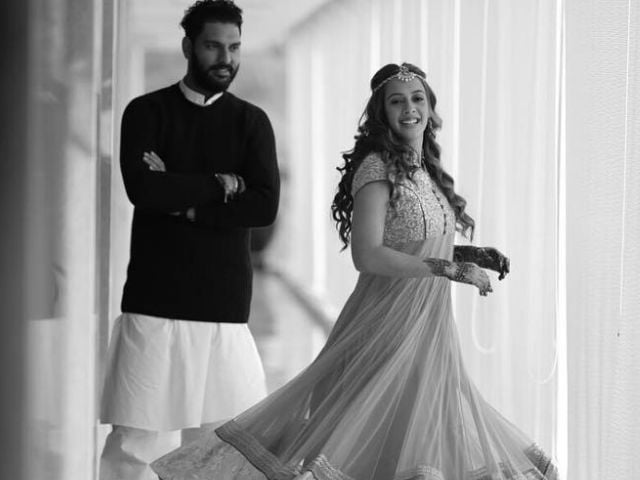 New Delhi: Actress Hazel Keech is all set to get married to cricketer Yuvraj Singh today. And before pics from the wedding ceremony take over social media, here's a recap of their mehendi and sangeet ceremonies held in Yuvraj's hometown, Chandigarh, on Tuesday. The day started with the mehendi ceremony, where the Bodyguard actress wore a yellow anarkali accessorised with spectacular headgear and her charming smile. Yuvraj complemented his fiancée in a white kurta pyjama teamed with a sweater - formal and suave. Yuvraj shared a few pictures while fan clubs dug out some more. "Hazel Keech, couldn't have found a better partner at the other end," Yuvraj captioned this image:


Here's a selfie as Yuvraj and Hazel start their new innings:

We're in love with this picture:

And this one too:

A change of clothes later, Yuvraj and Hazel were ready for the sangeet ceremony. Yuvraj opted for a velvet bandhgala sherwani to match Hazel in a blue and white outfit. They looked stunning together. 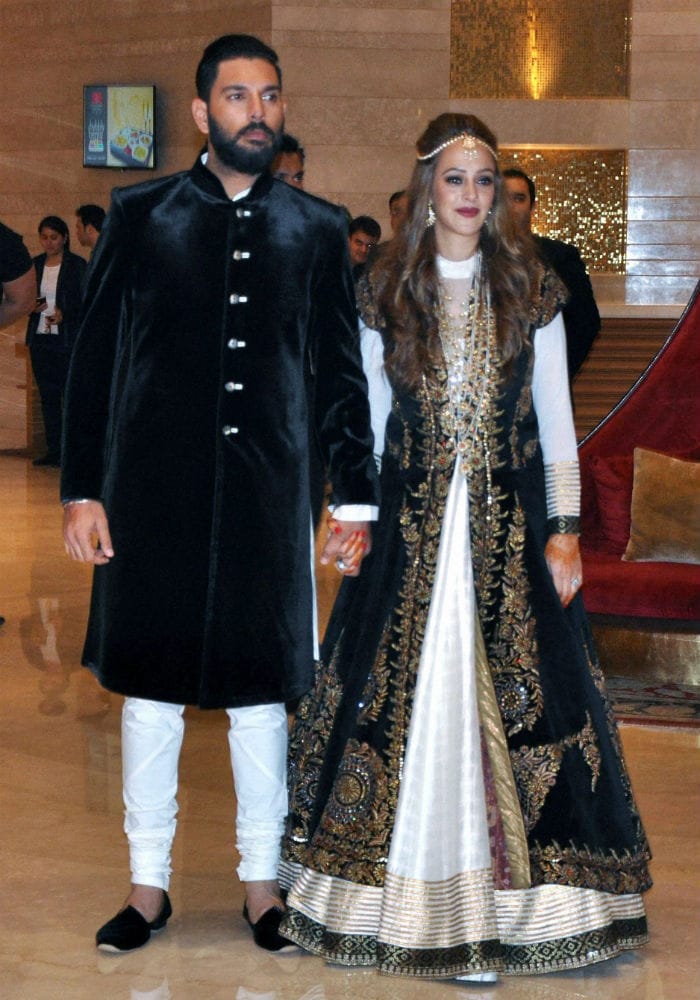 Team India, who won their third test match against England in Mohali yesterday, joined Yuvraj and Hazel in the celebration.

Top performers of the night were Ranjit Bawa, Yuvraj and Virat:

After wrapping up ceremonies in Chandigarh, Yuvraj and Hazel will head to Goa for a Hindu wedding ceremony on December 2. Another sangeet and reception will be held on December 5 and December 7 respectively in New Delhi.

Promoted
Listen to the latest songs, only on JioSaavn.com
In conversation with wedding planners shaadisaga, Hazel said: "Chandigarh has been kept very Punjabi; Goa has been kept a little more western with that hint of Mauritius and Delhi is kept as desi as it can be. People have Alice in Wonderland themes but we definitely don't."