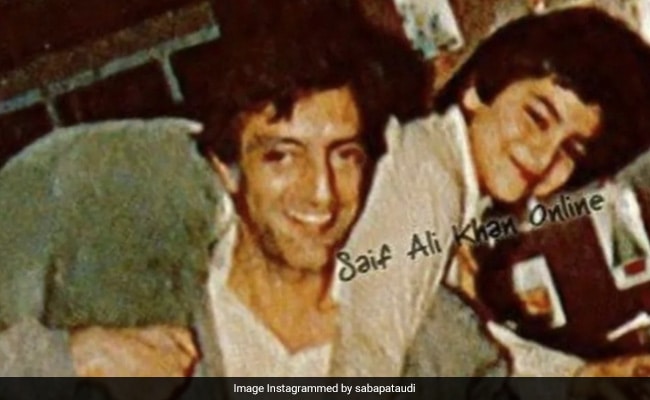 Saif Ali Khan's sister Saba Pataudi often shares pictures of her friends and family on social media. On Tuesday, she shared a throwback pic that features her late father and former cricketer Mansur Ali Khan lifting brother Saif Ali Khan on his shoulders. Sharing the childhood photograph, Saba wrote, "This is an old online pic, we have the original in an old album! Full version too. It's my favourite. Abba with bhai on his shoulders!" Saba also thanked her followers for the picture. Saba Pataudi is actor Sharmila Tagore's daughter. 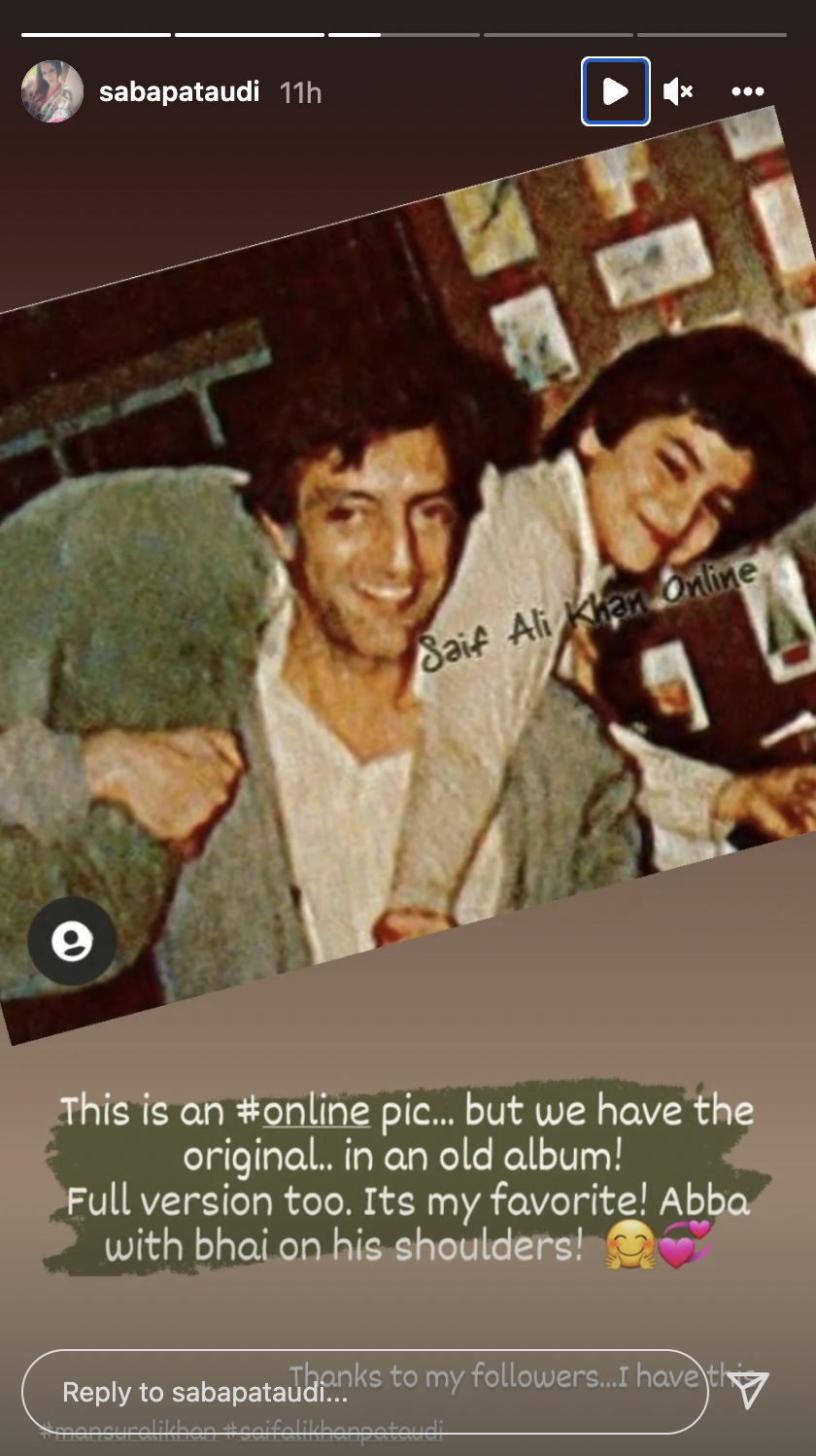 In an interview, Saif Ali Khan talked about his parents, Mansur Ali Khan and actor Sharmila Tagore. "My parents were superstars but they didn't behave like that. And it's very easy to take yourself too seriously, whether it's about having a bunch of bodyguards around or that vibe. You can't blame somebody who doesn't know any better. You just don't have to get carried away by success," said Saif Ali Khan in an interview with The Indian Express.

On The Kapil Sharma Show, Saif Ali Khan once revealed that "One day my father was alone at home and everyone was out shooting, my mother, me, and everyone. As no one was there at home I called him up and asked him if he is okay, are you feeling lonely? So, he said I am not lonely; I have my books with me. So, I liked that sentiment a lot and you know, even I feel the same way. I like books a lot."