"You Are The Backbone Of Our Family," Sanjay Dutt Writes In His Birthday Note For Wife Maanayata 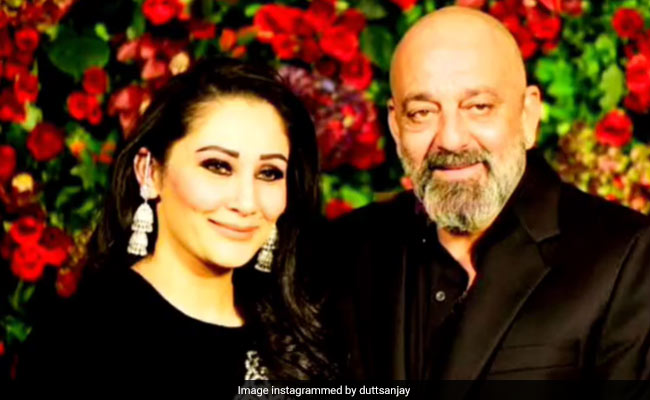 Happy birthday, Maanayata. On her birthday, Maanayata got a whole lot of love in the form of greetings on social media and the sweetest wish came from her husband and actor Sanjay Dutt. Sharing a video comprising loved-up pictures of himself and Maanayata on Thursday, Sanjay Dutt wrote: "You are the backbone of our family and the light of my life. Words fail to express all that you mean to me but you know it all too well. Thank you for always being there and being you. Happy birthday, Mom!" Sanjay Dutt and Maanayata got married in 2008. The couple are parents to twins Shahraan and Iqra.

Sanjay Dutt was previously married to Richa Sharma, who died of brain tumour in 1996. Their daughter Trishala stays with her grandparents in the USA.

On her birthday, Maanayata wrote a note about being "grateful" for her "privileged" life. She posted a stunning picture of herself from her birthday celebrations and wrote: "With age comes gratitude and the knowledge that with every passing year we are privileged, and being grateful becomes a daily ritual that enhances are lives in so many positive ways... #celebratinglife #love #grace #positivity #dutts #beautifullife #thankyougod." Maanayata lives in Dubai with Shahraan and Iqra. Earlier this year, Sanjay Dutt, who spends almost half of the year in Mumbai for work, received a golden visa for the United Arab Emirates (UAE).

In terms of work, Sanjay Dutt's last film was Sadak 2, which also starred Alia Bhatt and Aditya Roy Kapur. The actor will next be seen in KGF: Chapter 2, a sequel to blockbuster KGF. He also has Bhuj: The Pride Of India and Prithviraj lined up.