Yes, Salman Khan Will Be Kapil Sharma's First Guest On His New Show 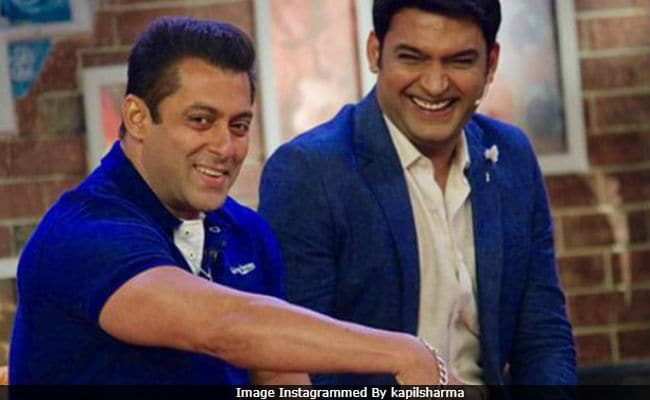 Salman Khan and Kapil Sharma on the sets of Comedy Nights With Kapil (Image courtesy: Instagram)

Superstar Salman Khan will be Kapil Sharma's first guest on the comedian's new show, news agency IANS reports. The show is expected to go on air later this month and is currently in the filming stage. Salman will be joined by brothers Arbaaz and Sohail and father Salim Khan, read a statement, reports IANS. Salman has previously featured on Kapil's former shows like Comedy Nights With Kapil and The Kapil Sharma Show. However, after Kapil's fight with former co-star Sunil Grover last year, the channel roped in Sunil Grover to host a special programme for Salman to promote his film Tubelight. Salman has also signed Sunil Grover for the work-in-progress film Bharat.

Meanwhile, coming back to Kapil Sharma's new show, the first promo of it released last week. The promo announced Kapil Sharma's return to television, nine months after his last show went off air.

IANS reports that Kapil will be joined by his former co-stars Chandan Prabhakar, Kiku Sharda and Sumona Chakravarti. Bharti Singh, Krushna Abhishek and Rochelle Rao are also part of The Kapil Sharma Show.

Meanwhile, Kapil Sharma has a super busy month ahead apart from his professional commitments. Kapil is marrying his longtime girlfriend Ginni Chatrath on December 12 in Jalandhar. The pre-wedding festivities have already begun and Kapil is expected to join the celebrations after wrapping up his work. Kapil and Ginni have reportedly planned to host a wedding reception in Mumbai on December 24, a day after his new show will premiere on television.