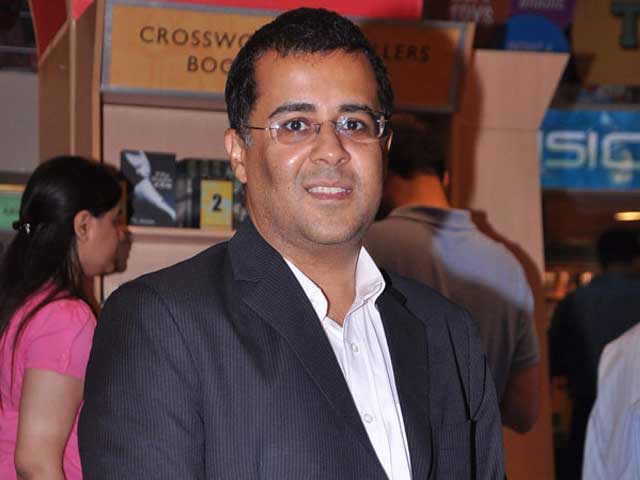 Chetan Bhagat says he hopes to inspire the audience

Author Chetan Bhagat has now donned a new hat - that of a judge for the dance reality show Nach Baliye 7. Calling himself a novice as far as dancing is concerned, the celebrated writer says his presence in the show will revolve around the compatibility and chemistry quotient of the contestants.

Yes, it is true. I will be one of the judges for Nach Baliye 7. Here are my thoughts on the same: https://t.co/kvPxxqQ6TM

He also shared his information about the show on his Facebook page.

"Hi All, Happy to share that I shall be one of the judges for the new season of 'Nach Baliye' on Star Plus. Well, I am no dance expert! However, the show format has changed and apart from dance, there will be a lot of emphasis on couple chemistry, compatibility and team work. I will be focusing more on the latter parts," he wrote on the social networking site.

"Also, as a motivation speaker, I hope I will be able to inspire the participants as well. The main reason for me to do this was to reach deeper into India, as one of my goals is to touch as many Indians as possible in my lifetime.

"The more people I reach, the more people I can influence towards positive change. As one of the biggest shows on Indian television, Nach Baliye provided that opportunity."

As a writer, Mr Bhagat raised the bar by churning out bestsellers like Five Point Someone, The 3 Mistakes of My Life, and 2 States and most of his novels have been adapted into successful movies.

He said that being a part of the show would help him understand the nuances of filmmaking in a better way.

"Apart from that, I am also more involved in films now, where apart from storytelling, song and dance forms a big part. Being familiar with those forms will only help me get better as far as films are concerned.

Promoted
Listen to the latest songs, only on JioSaavn.com
"Yes, it is a risk. It could really work or I could end up making a fool of myself. And that is a little scary. However, in almost all my talks, I tell people to take risks. If I don't do the same myself, I won't be being true to my word," he shared.

The seventh season of Nach Baliye is expected to be aired on Star Plus in May.