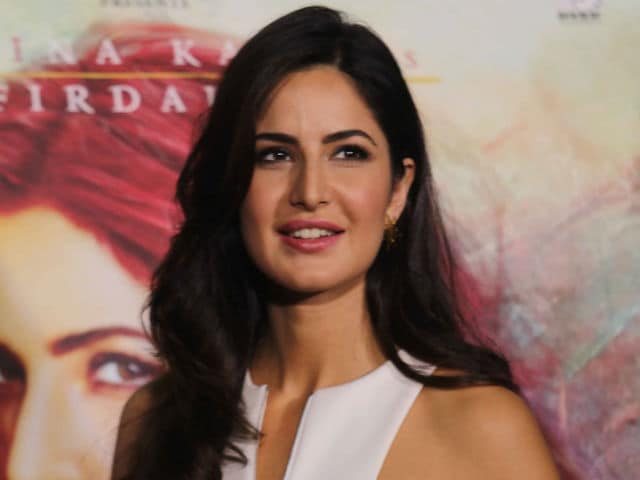 Katrina Kaif photographed at the trailer launch of Fitoor in Mumbai.

Mumbai: Actress Katrina Kaif certainly isn't in the mood to play coy these days. And we're not just talking about a certain, recent public peck, or well public enough, where Katrina and Ranbir Kapoor are concerned at any rate. At the trailer launch of her next film Fitoor in Mumbai on January 4, Katrina seemed to enjoy journalists fumbling with just how to pose the delicate question of her recent penchant for PDA's. (Also Read: Fitoor Trailer: Aditya, Katrina's Love Saga and a Picturesque Kashmir)

One finally managed to ask her about the "embrace," to which Katrina delightedly responded: "It's always wonderful to be embraced."

We have nothing against lovebirds, but it's not surprising that this "romantic" moment is being seen as more pointed than passionate. Especially after Katrina's recent explosive interview where she took on a number of touchy topics including ex-girlfriends and Ranbir's family.

Katrina certainly didn't mince her words and admits that love although wonderful, certainly isn't easy. The tag line of Fitoor, based on the novel Great expectations is Yeh Ishq Nahin Aasaan and Katrina wryly admitted: "Never has a truer line been spoken."

So what makes love tough as far as Katrina is concerned?

It sounds to us like Katrina could be speaking from the heart. But, after so much back and forth, we've stopped having too many great expectations.