The film is slated to release on November 11 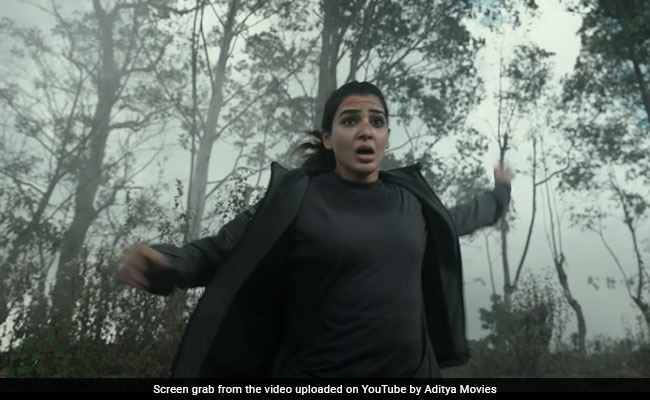 Samantha in a still from the trailer. (courtesy: YouTube)

The makers of Yashoda shared the trailer of the action-thriller on Thursday night and it is trending even a day later. The film headlined by Samantha Ruth Prabhu, showcases the story of a woman named Yashoda, who, in need for money, becomes a surrogate mother. The trailer showcases her journey at a huge surrogate facility, where she unfolds the secrets of a serious medical crime. Samantha fights the corrupt system (literally). The actress is seen in some high-octane action sequences in the trailer. Samantha's Yashoda is willing to fight the surrogacy scam and the system at every step of the way. The trailer is gripping in every possible way.

Check out the trailer of Yashoda here:

Sharing the trailer on social media, Samantha wrote: "The first time I heard this script it gave me chills... I hope you experience the same. 11-11-2022."

Yashoda will release in five Indian languages - Tamil, Telugu, Kannada, Malayalam, and Hindi. The film is slated to release in theatres on November 11.

Qala Trailer: Tripti Dimri And Babil Khan In A War Of Melodies