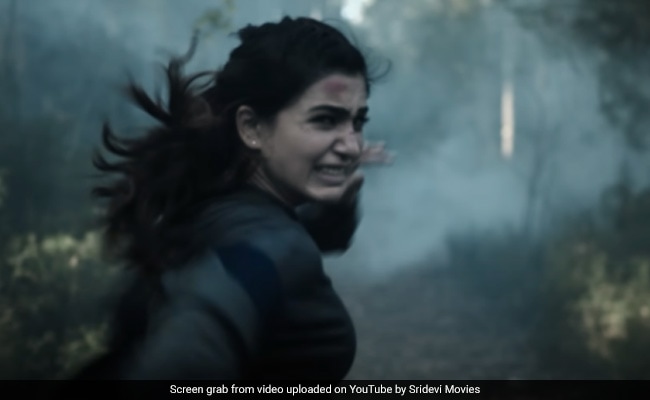 On Friday, the makers of Samantha's Yashodareleased the film's teaser in five languages - Hindi, Tamil, Telugu, Kannada, and Malayalam. In the over one-minute long video, Samantha takes her viewers through her not-so-easy life. The teaser begins with a doctor informing Samantha about her pregnancy. The doctor then advises Samantha to look after herself, however, for every piece of advice, Samantha has a complete opposite scene going on in her life. Throughout the teaser, Samantha can be seen performing high-octane stunts. Right from being chased by a dog in a jungle to breaking a glass window to saving her life from an unknown character, Samantha promises a film full of action.

Directed by filmmaker duo - Hari Shankar and Hareesh Narayan - Yashoda marks Samantha's first pan-India film, which will release in five languages. Other than Samantha, the film will also star Varalaxmi Sarathkumar, Unni Mukundan, Rao Ramesh, Murali Sharma, Sampath Raj, Shatru, Madhurima, Kalpika Ganesh, Divya Sripada, and Priyanka Sharma among others. The film will be produced by Sivalenka Krishna Prasad under the banner Sridevi Movies. Mani Sharma will be composing the music for the film.

Samantha too shared the teaser of her film on Twitter and wrote, "Strength, Will Power, and Adrenaline."

Apart from Yashoda, Samantha will also be seen in filmmaker Gunasekhar's Shaakuntalam. The makers are yet to reveal Yashoda's release date.

Confirmed: Disha Patani To Star Opposite Suriya In His 42nd Film