Yami Gautam Feels 'Proud' To Be A Part Of Uri: The Surgical Strike

"It is one of those rare films and I am glad that it came my way," said Yami Gautam 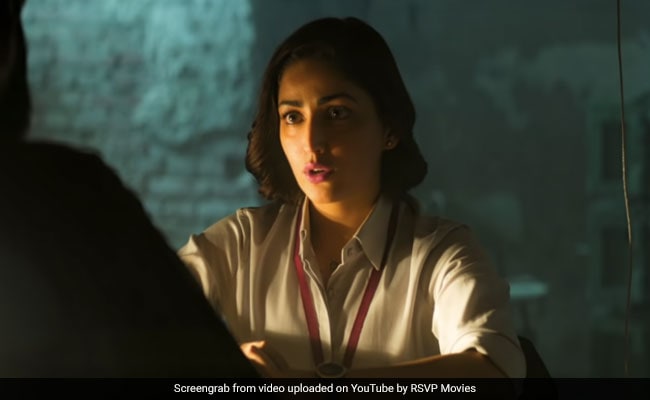 Yami Gautam in a still from Uri: The Surgical Strike. (Image courtesy: YouTube)

Yami Gautam, who played the role of an intelligence officer in Uri: The Surgical Strike says that she is "proud" of being a part of the film, which garnered several National Film Awards this year, reports news agency IANS. The actress said that she is "glad" to be associated with the project and that films like Uri are very rare. "Being associated with Uri, I feel proud. Such films are quite rare and it is not just about box office numbers or commercial success which we all want, but it is also about getting recognition and respect. It is one of those rare films and I am glad that it came my way," IANS quoted Yami as saying.

Uri: The Surgical Strike, which was based on the surgical strikes carried out by the Indian army in 2016, won National Awards for Best Director (Aditya Dhar) and Best Actor (Vicky Kaushal). The film even emerged as a hit at the box office.

During the interview, Yami Gautam also talked about how during the shooting of film, director Aditya Dhar would ask the actress to rely on her instincts and would ask her to get an "understanding of the layers of the character." "While we were going through the workshops, I would ask Aditya, 'What more should I do? What should I watch?' He would tell me, 'You can watch anything. I can recommend you things to watch but you will not find your character externally. You will find it within you. So try to rely on your own instincts and your own understanding of the layers of the character'," Yami told IANS.

Yami Gautam made her Bollywood debut with the 2012 film Vicky Donor. She has featured in films such as Kaabil, Batti Gul Meter Chalu and Badlapur to name a few.