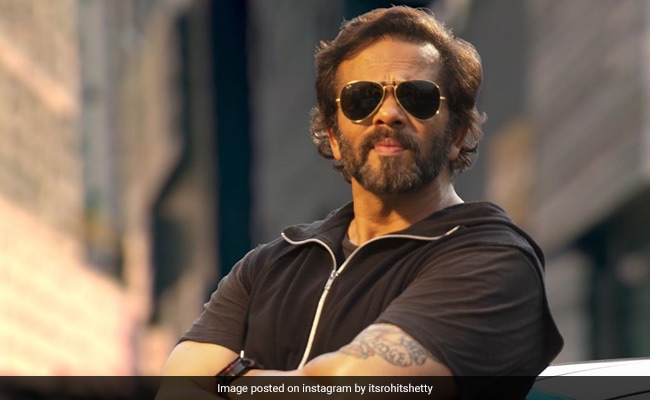 Filmmaker Rohit Shetty, who has created a Bollywood cop universe with films like the Singham series, Simmba and the upcoming Sooryavanshi, says he does not believe in showing police brutality in his films.

Shetty's assertion came at the trailer launch of his upcoming Akshay Kumar-Katrina Kaif starrer Sooryavanshi, when he was told that he is often accused of glorifying police brutality in his film, in terms of encounter killings and violence.

Also present at the trailer launch were the film's lead stars Akshay and Katrina, co-producer Karan Johar, along with Ajay Devgn and Ranveer Singh, who enact cameos in Sooryavanshi as Bajirao Singham and Sangram Bhalero, their avatars from the Singham films and Simmba respectively.

Akshay Kumar's character was announced towards the end of Shetty's 2018 directorial Simmba.

In Sooryavanshi, Akshay plays DCP Veer Sooryavanshi, who heads Anti-Terrorism Squad. Did the thought came across in his mind to make Sooryavanshi while he was shooting for Simmba? Shetty replied: "I didn't think much about it. I knew it (Simmba) will work and we will start another film on similar lines. I can show off by giving a long lecture on it but I felt that I should take this franchise forward and people will like it, so that's how I made it."

Asked if he took inputs from Maharashta Police while making Sooryavanshi, the filmmaker said: "We did a lot of research. Many police officers helped us while making this film, and we acknowledge their contribution in the opening credits. I feel like I have created a brand for cop films. We just need to tell them that we are shooting for a certain film and they are instantly ready to help us.

It is to be theatrically released in India on March 24.