Will Smith: "I wanted to create something that was both nostalgic but also had a little bit new school sometimes" 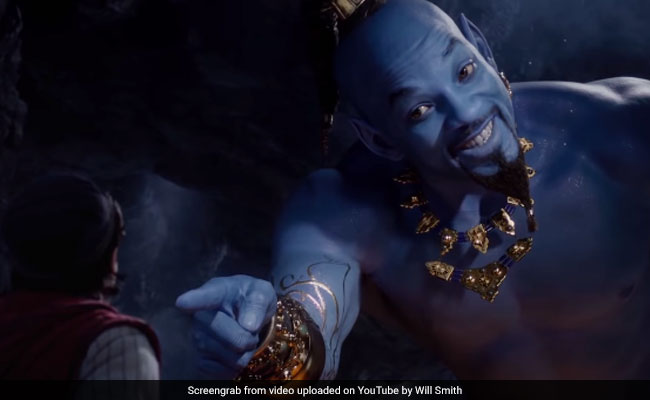 Actor Will Smith says he found it stressful and daunting to play the role of Genie in the live-action remake of Disney's classic Aladdin. The actor felt that the "spectacular" performance the late Robin Williams gave to the role in the 1992 animated original proved to be a very difficult shadow to step out of. "It was quite stressful and daunting. Robin Williams didn't leave much room to improve on the genie," Dailymail Online quoted Smith as saying. "You know that's what Robin Williams gave to the genie that was spectacular, and that was the thing that I was working really hard to capture but give it my flavor," the actor added.

"The genie will say anything or do anything, there's a certain madness to the genie - that was the fun that Robin Williams created. So I was trying to find what that meant, with a little more of a 'Fresh Prince' flavour to it. I wanted to create something that was both nostalgic but also had a little bit new school sometimes," said Will Smith.

Robin Williams voiced Genie in the original Aladdin as well as the third film in the original franchise Aladdin And The King Of Thieves. He was not in the first sequel, The Return Of Jafar, due to a contractual dispute with Disney. After returning for the third film, Williams voiced Genie in the character's own mini-series, Great Minds Think For Themselves. He died in 2014.

Directed by Guy Ritchie, the live action adaptation of Aladdin also stars Mena Massoud as Aladdin, Naomi Scott as Jasmine, Marwan Kenzari as Jafar. The film will open in India on May 24 in English, Hindi, Tamil and Telugu.

(Except for the headline, this story has not been edited by NDTV staff and is published from a syndicated feed.)
Comments
will smithaladdingenie