The Marvel Cinematic Universe is best when focused on Tony Stark (Robert Downey Jr.) and the ways in which he has changed. 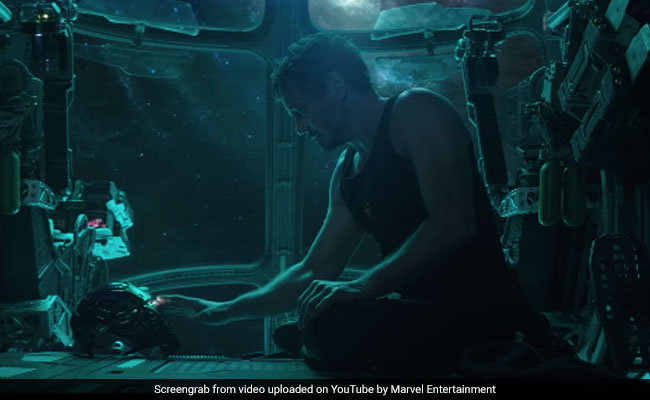 (EDITORS: This contains spoilers for Avengers: Endgame. Please do not read it if you do not want spoilers. I cannot travel back in time and unspoil the movie for you. Marvel's very stingy with how it uses the Time Stone.)

The Marvel Cinematic Universe - that 11-year, 22-movie mega-franchise that shocked the world with the success of Iron Man and broke every major box office record for an opening weekend with Avengers: Endgame - was at its best when it focused on Tony Stark (Robert Downey Jr.) and the ways in which he has changed. Properly understood, the whole series is about Stark's evolution, and Endgame is a tacit admission that he was right all along.

When we first meet Stark, he's a callow playboy and arms dealer, more worried about who will be occupying the stripper pole on his private jet than anything else. His maturation through the years has been by far the most compelling aspect of the various Marvel movies; it is through Iron Man's growth that we see the closest thing to an ideological debate in the decade-long stream of "content" churned out by Disney.

First things first: Downey deserves every penny of the tens-to-hundreds of millions of dollars that he's earned for portraying Tony Stark. The saucy insouciance with which he imbued the character gave the MCU writ large a sort of swagger, projecting an at-the-time-unearned confidence that the franchise and its handlers knew what they were doing. Downey was never going to win an Oscar for bringing the genius-billionaire-playboy-philanthropist to life - as Don Draper might put it, "That's what the money is for!" - but his career resurgence is entirely deserved.

I once half-joked that Marvel should sign Downey to a billion-dollar contract and lock him up for 20 years. But it's better that Marvel's overlords ended his arc with Endgame, allowing the character to complete his evolution and move us with his passing.

Iron Man's development consisted of two parts. The first concerns his efforts to "privatize world peace," as he famously brags about doing in Iron Man 2. In the films that follow, Stark has to grapple with his identity as world savior. He accepts that he may have to sacrifice himself for the good of humanity in Avengers, before having a bit of a mental breakdown in Iron Man 3 and Avengers: Age of Ultron about what such sacrifice entails.

Following the mistakes made in Ultron - his AI-empowered robot having almost destroyed humanity - Stark comes to understand that the world of superheroes cannot be privatized, cannot exist outside the control of any government or elected body. This realization, combined with Stark's struggling to come to grips with the deaths of his parents, is why Captain America: Civil War is actually arguably the best Iron Man movie.

But there's a second aspect to Stark's growth that has been just as interesting and just as moving: his acceptance of fatherhood and his desire to contribute to the next generation. A key plot point in Endgame is Tony's refusal to do anything that would endanger the existence of his daughter, born in the five years between Infinity War and the main events of Endgame. But it's Tony Stark's cameo in Spider-Man: Homecoming, which built off of his introduction of the webslinger to the MCU in Captain America: Civil War, that really drives home the meaning of Tony's paternal instincts.

Peter Parker (Tom Holland) needs a father figure to help him figure out how to use his powers; Tony Stark needs a surrogate son to imagine both what it might be like to be a parent and to explore what it might mean to pass on some of his responsibility. That relationship-building pays off in Infinity War as Tony has to say goodbye to Peter following Thanos' devastating snap, and then again in Endgame, after Peter must do the same as Tony is dying after wielding the Infinity Gauntlet.

Perhaps it's just a function of fatherhood changing how movies play for me, but everything with Stark and his kids - Peter and his little girl both - made me tear up. His growth as a man is mirrored in the growth he inspired in Captain America (Chris Evans), who decides after the battle to settle down in the past with Peggy Carter (Hayley Atwell) and enjoy some of that life Tony's always talking about.

And the Marvel Cinematic Universe hasn't just made Tony more sympathetic as a man. The movies have calibrated their stakes and intellectual arguments to tilt the argument about pre-emptive superheroing in the direction he's advocated. Other franchises could take a lesson from the combination of Downey's charisma and the MCU's long-arc storytelling: After all the caterwauling about Murder Batman, it's interesting that no one has complained Stark gave your Friendly Neighborhood Spider-Man a suit with an "instant kill" option, that no one seems to be upset Stark killed millions of living creatures with the snap of his fingers. We've spent enough time with him to accept his assessment of what's at stake.

It's clearer than ever to reasonable people everywhere that Tony Stark was right: We did need a suit of armor around the world, after all. What's less clear is where the MCU goes from here - or who in its stable has the charisma and the charm to fill Downey's shoes.

Bunch is the executive editor of, and film critic for, the Washington Free Beacon.

(Except for the headline, this story has not been edited by NDTV staff and is published from a syndicated feed.)
Comments
Tony starkmarvel cinematic universe