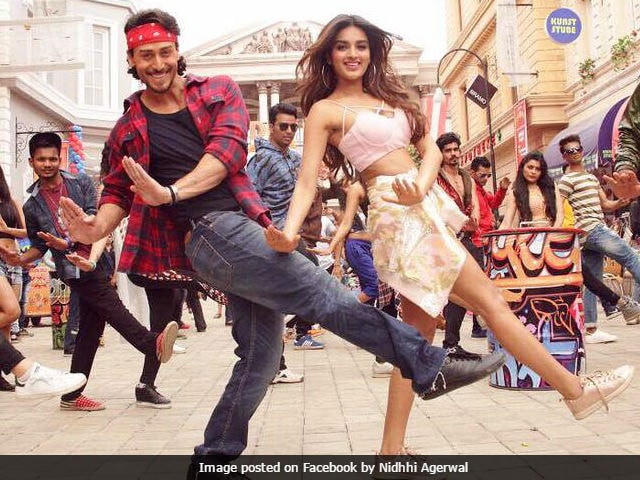 New Delhi: Nidhhi Agerwal, who will debut opposite Tiger Shroff in Munna Michael, was recently asked to vacate her flat in Mumbai after the society raised objections to her 'single actress' status, reports mid-day. Bengaluru-based Nidhhi Agerwal was a resident of Mumbai's Bandra locality and shared the flat with one of her friends from college. Nidhhi, who is now looking for a new place, told mid-day: "I have lived with my friend for nearly six months. Now, hunting for a new place seems an impossible task." Nidhhi added: "Because I am single and an actress, I have been denied accommodation. As of now, that's the biggest hurdle that I have faced here."

Nidhhi Agerwal did not divulge details the issue with the housing society but told mid-daythat the society members are guarded about leasing flats to new actors and often suspect their mode of earnings.

Earlier, it was also revealed that Nidhhi Agerwal signed a 'no dating' clause in her contract for Munna Michael. Nidhhi told mid-day that she had to 'read the contract twice' to believe it but doesn't really have a problem with the clause. She said: "I understand that the intention is that they want 100 per cent dedication from me. Not like I have a life beyond work in any case."

"My understanding of it is that the makers have included the clause because dating a co-star has become an easy publicity exercise for production houses. It takes the focus away from the film. Now, I can put my phone away and practice for four hours without worrying about who's calling me. It is a matter of five-six months and I am okay with it," she added.

Promoted
Listen to the latest songs, only on JioSaavn.com
In Munna Michael, Tiger Shroff plays the role of Munna, a dance enthusiast who is also a huge fan of King of Pop, Michael Jackson. Nawazuddin Siddiqui plays an event organiser who gives Munna an opportunity to show his talent to the world, but in reality he has a devious plan. Nidhhi Agerwal plays Munna's love interest and aide.

Munna Michael, directed by Sabbir Khan is slated to release later this year. The film is Sabbir and Tiger's third film together after Heropanti (also Tiger's debut film) and Baaghi.