Why Shahid Kapoor Feels Like A 'Newcomer' Despite Kabir Singh

Shahid Kapoor has featured in several commercially successful films but the box office numbers of Kabir Singh are unparalleled. 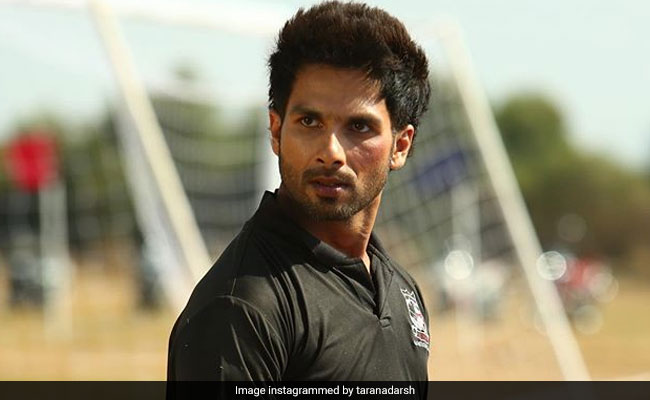 Actor Shahid Kapoor, who debuted in Bollywood 17 years ago, told GQ Magazine that with his new film Kabir Singh crossing the 300-crore mark worldwide, he feels like a 'newcomer' in the film industry. Shahid Kapoor explained that the mega success of the Sandeep Reddy Vanga-directed film has put him in an uncharted territory and that he still has to 'get his head around it.' Speaking to GQ, Shahid Kapoor, 36, said, "I kind of feel like I don't belong here, I feel like a newcomer. I need to figure out this new room, and this new club that I've entered. Even though I've been here for 15-16 years, it's not my comfort zone, I need to get my head around it. I can't (afford to) feel like I know exactly what's going on, and exactly what I need to do next. So, I'm trying to keep it simple, and eventually I'll go with my instinct and my gut."

Shahid Kapoor has featured in several critically and commercially successful films like Haider, Udta Punjab and "Padmaavat" to name a few but the success story of Kabir Singh is unparalleled. Kabir Singh is 2019's top earning Bollywood film so far.

Kabir Singh, when it released in June this year, was panned by film critics, who criticised the film for glorifying 'toxic masculinity' and promoting 'misogyny.' But the negative reviews did not dampen the film's success rate at the box office and it went on to collect over Rs 270 crore in India alone.

When the box office fate of Kabir Singh was set in stone, Shahid Kapoor wrote a heartfelt note for his fans for loving the 'most flawed character' he's ever played onscreen. "He is flawed. So are we all. You didn't judge him you experienced him. You understood him. I have never ever felt so thankful. The most flawed character I have ever played. Has become my most loved," Shahid wrote in a lengthy note.