Why Shahid Kapoor 'Doesn't Want to Get Clicked' With Kareena 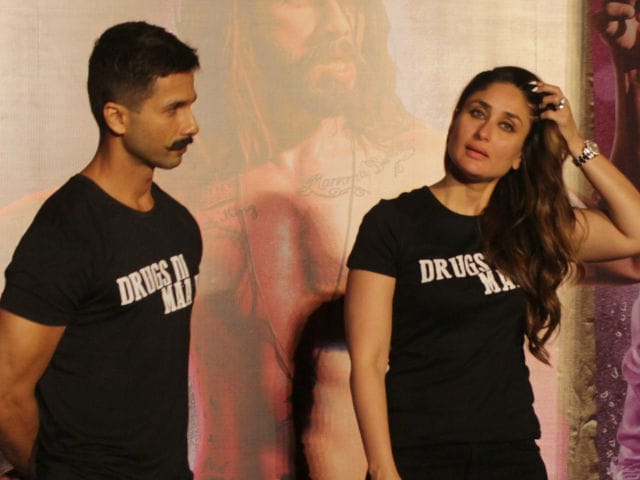 Shahid and Kareena at an event in Mumbai to launch the trailer of Udta Punjab.

Mumbai: Actor Shahid Kapoor said that he intentionally didn't want to get photographed with his Udta Punjab co-star Kareena Kapoor Khan at the event where they launched the trailer of the film as the media would then only talk about it.

There were reports that former couple Shahid and Kareena felt awkward in each other's company at the event where their co-star Alia Bhatt and director Abhishek Chaubey were also present.

When Shahid was asked about this, he said: "Just tell me how it is decided that two people feel awkward. That we were looking at each other in a particular way? What you did find awkward?" 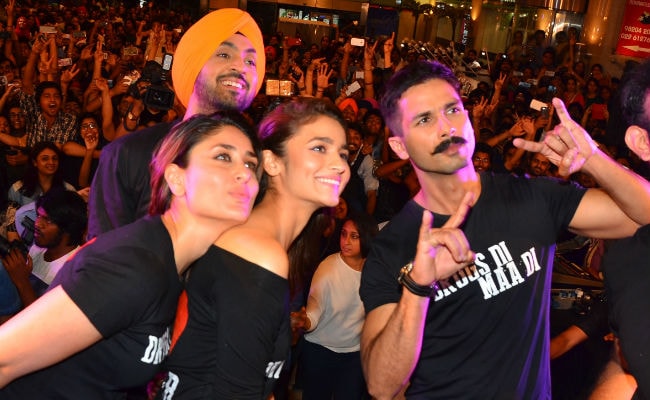 The cast of Udta Punjab at an event to launch the film's trailer in Mumbai.

The fourth actor in the film, Punjabi star Diljit Dosanjh was missing from the event and Alia launched the song Ikk Kudi without the other actors.

When asked about all four star actors in the film not coming together at any of the events, Shahid said: "We have just started the promotions. Abhi toh picture shuru hui hai."

Udta Punjab is slated for June 17 release, but the film's issues with the censor board might push it ahead.