Why Reese Witherspoon Had "Panic Attacks" Before Filming Oscar-Nominated Role

"There was the nudity, sexuality, and drug-use aspect, but also being alone on camera with no other actors," said the actress about her role in Wild 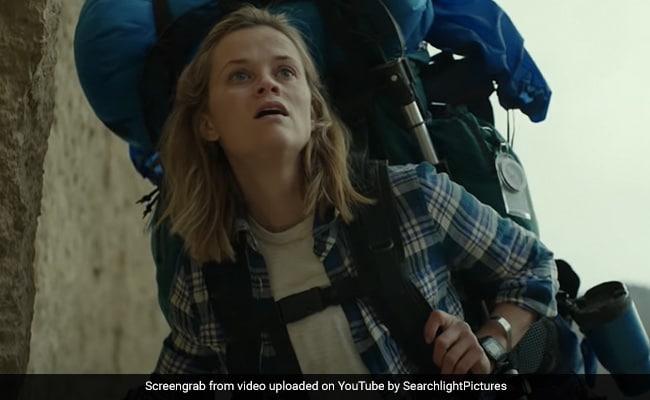 Reese Witherspoon in a still from Wild. (Image courtesy: YouTube)

Hollywood actress Reese Witherspoon has revealed that she was "so scared" for her role in the 2014 adventure-drama Wild, which also earned her an Oscar nod, that she had "panic attacks for three weeks" before she started filming while talking to actor-producer Tracee Ellis Ross for Interview Magazine. The film is based on author Cheryl Strayed's 2012 memoir titled Wild: From Lost To Found On The Pacific Crest Trail. In Wild, Reese Witherspoon plays the role of Cheryl Strayed, who hikes alone through over 1,000 miles of the Pacific Crest Trail in order to recover from some personal tragedies.

Speaking about the role that "changed her the most," Reese Witherspoon told Tracee Ellis Ross: "Probably Wild. I was so scared to do that. I had hypnosis, I was so scared. I was having panic attacks for three weeks before I started. There was the nudity, sexuality, and drug-use aspect, but also being alone on camera with no other actors. I hadn't ever been alone in scenes for days and days. There were probably 25 days of the shoot where I had no other actor opposite me. It was just me and a camera and a backpack."

She added: "I was like, 'Is this going to be so boring?' And Cheryl Strayed's book was so beautiful and sacred to me because it spoke to me so deeply about how we as women have to save ourselves. There's no mother or father coming to save us. There's no spouse. I thought it was radical that at the end of the film, she ends up with no family, no money, no job, no partner, and she's happy."

For her critically-acclaimed performance in Wild, Reese Witherspoon earned nominations for Best Actress at the 87th Academy Awards and the 68th British Academy Film Awards. Reese's co-star Laura Dern was nominated in Oscar's Best Supporting Actress category for her work in the film.

Wild has "changed" Reese Witherspoon "on a cellular level" and she doesn't know "if she'll ever work that hard again," she said in the interview.

What Happens When A Top Chef Works Out At The Gym? Padma Lakshmi Would Know