Kabir Khan recounts the day when he filmed the World Cup presentation scene with Ranveer Singh. 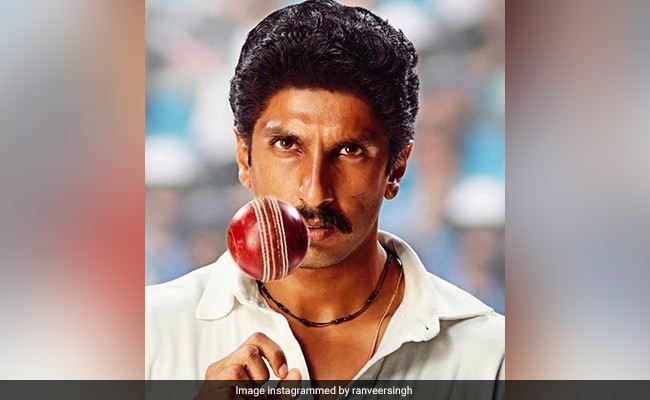 Filmmaker Kabir Khan said that actor Ranveer Singh broke down during the shoot of upcoming film '83 when he was given the real World Cup trophy (instead of its replica) when they were filming the finale sequence during which Kapil Dev (played by Ranveer in the movie) was given the trophy after winning the 1983 cricket world cup, reports Mumbai Mirror. Speaking about filming the scene, Kabir Khan said, "We shot for five days at the Lord's stadium in London, entering the members only Long Room where no camera ventured before, the dressing rooms and locker rooms, and then (we) stepped out on the balcony where the World Cup was presented to Kapil sir. And guess what? They brought out the real World Cup for Ranveer too. Overwhelmed, he broke down when I shouted 'Cut'."

Kabir Khan also told Mumbai Mirror that when they were filming the sequence, then West Indies captain Clive Lloyd was also there and he told the filmmaker that he couldn't watch the coveted trophy being given away second time in his life. "Among those on the balcony was also Clive Lloyd's son who, like Gordan Greenidge and Malcolm Marshall's sons, is playing his father in the film. We had legends like Kapil Dev, Sunil Gavaskar and Vivian Richards dropping by. That day, Clive Lloyd, captain of the '83 West Indian team which had crashed to 140 all out to give us an unlikely win, was there to support his son. When we urged him to come closer, he quipped that he didn't want see the Cup being given away for the second time in his life," said Kabir Khan.