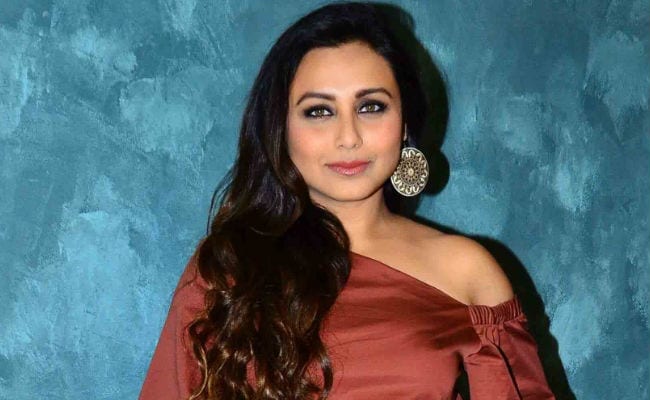 New Delhi: Rani Mukerji's Hichki promotion on India's Next Superstars did not go as planned. The 39-year-old actress had to cancel the shoot of the reality show hosted by her close friend Karan Johar and Rohit Shetty due to excruciating back pain, reports mid-day. A source told mid-day: "Rani has been in excruciating pain for the past three days. She came on the set and was getting ready to shoot. But she felt a surge of pain in the back. She couldn't move and had to be immediately attended to." Rani Mukerji is all set to make a comeback after three years in Hichki, which is directed by Siddharth P Malhotra.

Promoted
Listen to the latest songs, only on JioSaavn.com
So far actresses Priyanka Chopra and Kangana Ranaut have featured as celebrity guests on India's Next Superstars, which a talent hunt-based reality show. Though Kangana and Priyanka represent the show's tag line "na khaandaan na sifarish," the same cannot be said about Rani Mukerji. The Saathiya actress is the daughter of director Ram Mukherjee, who was one of the founders of Filmalaya Studios. Rani's cousins are actresses Kajol and Tanishaa and director Ayan Mukherji. She is married to Yash Raj Films boss Aditya Chopra with whom she has a daughter, named Aidra.

Rani Mukherji has so far promoted her film on Bigg Boss 11 and other events. In Hichki, Rani Mukerji plays the role of a teacher struggling with Tourette syndrome. Rani Mukerji's character Naina is assigned a class of students from the lower income group enrolled in an "elite school." She takes up the challenge and from the trailer, it appears, that after a few hiccups she sails through pretty well. Hichki, produced by Maneesh Malhotra for Yash Raj Films, will open in theatres on February 23.