Why Rajkummar Rao Chose to do 'Different' Roles in Films 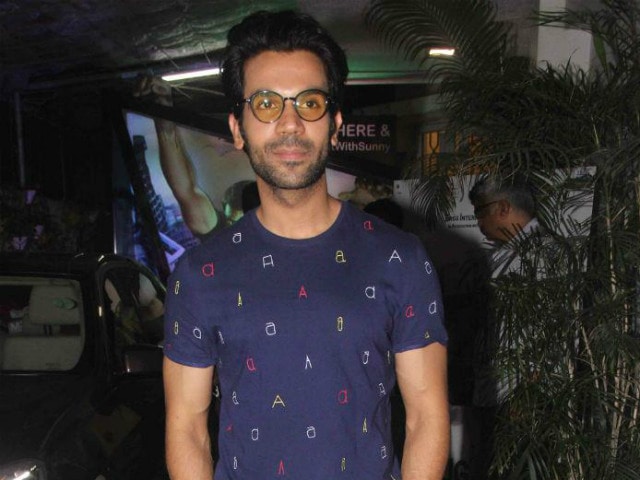 Rajkummar Rao photographed at an event in Mumbai.

Mumbai: Actor Rajkummar Rao, who is all set to feature in two distinctive roles in Newton and a yet untitled movie, said that the variety gives him a "good high".

"Right from my first film, I have tried to do distinct roles and those that give me a good high. The films that I'm currently working on are also very different from each other and I am thoroughly enjoying working on them," Rajkummar said in a statement.

The actor's yet untitled project is directed by Vikramaditya Motwane, and Newton will be directed by Amit Masurkar.

Rajkummar has begun work on Mr Motwane's film and this is the first time that they have collaborated.

The Kai Po Che! star will be seen playing the lead role in the film. However, other details have been kept under wraps at the director's behest.

He is currently filming for Newton, a black comedy, in Chhattisgarh. (Also Read: Patralekhaa Says Boyfriend Rajkummar Rao is 'Supportive, Not Possessive')