Why Minissha Lamba Won't Date Within The Entertainment Industry: Was Cheated On By An Actor

"There is so much temptation around all the time," said the actress about dating an actor 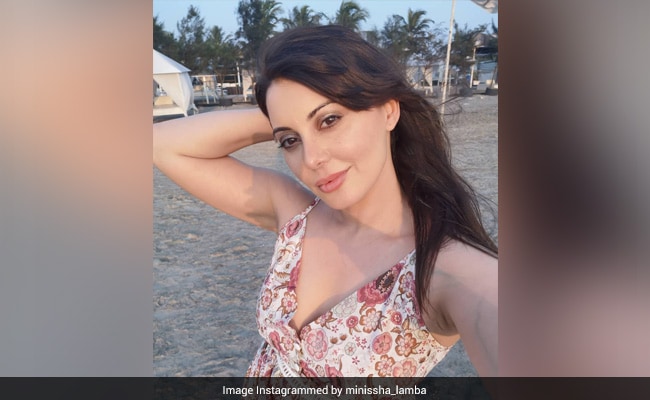 Minissha Lamba, in an interview with RJ Siddharth Kannan recently, opened up about being cheated on by an actor she was dating and called him "a big flirt." The 36-year-old actress, who is currently in a relationship with a "lovely person." She was previously married to restaurateur Ryan Tham and they legally separated last year. When asked if she was ever cheated on by an actor, Minissha told Siddharth Kannan: "In one relationship which I had with an actor, yes. But I think only because the personality of the person was such that they were a big flirt."

She went on to reveal that it is the reason why she doesn't date anyone from the entertainment industry. She said: "The reason why I would always shy away from wanting to date anyone from the industry, not just actors, was just this. Because there is so much temptation around all the time. I don't want to say anything because there are a lot of people who are dating actors and it is not right to make a statement that will hurt somebody" and added: "But this was a decision that I took for myself and I would rather not. Because relationships, I feel, already are so difficult."

Minissha Lamba recently revealed that she is dating someone, whose identity she would like to keep "a secret." She said in the aforementioned interview that separation from her former husband was hard for her but she believes she will "find true love again."

The actress is happy in her new relationship. "Yes. Currently, I'm in a happy relationship with a lovely person," she was quoted as saying by Times Of India recently.

In terms of work, Minissha Lamba has featured in films such as Yahaan, Kidnap, Dus Kahaniyaan, Anthony Kaun Hai and Shaurya. She has also acted in Punjabi movies like Heer And Hero and Double Di Trouble.