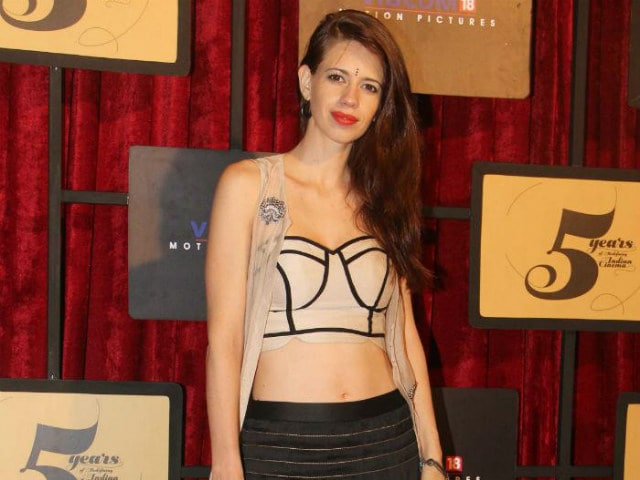 New Delhi: Actress Kalki Koechlin said that currently, she is not getting any offers for a commercial film and feels that she is a victim of her own image.

The actress has often been appreciated for bringing versatility to the silver screen with her diverse roles. She has starred in films like Dev.D, Shaitan and That Girl in Yellow Boots.

Kalki, who has been part of serious and offbeat cinema, tries to strike a balance with the commercial aspect of the business. She has featured in movies like Yeh Jawani Hai Deewani and Zindagi Na Milegi Dobara.

"I am not getting any commercial films. I don't know why. I am a victim of my own image," Kalki told IANS.

Kalki, who made her debut on television with Kalki's Great Escape show, feels "people kind of slot you after each and every performance".

"You have to constantly break that which is what I keep on doing. And yes, it will come back," added Kalki, who is seen on the FOX Life TV show with her father Joel.

Promoted
Listen to the latest songs, only on JioSaavn.com
Talking about her other projects, she said: "I am doing a documentary Azmaish - Trials of Life. It is about travelling through our country and asking people what they think of the country and what they think can improve their country."

On 20 Years Of Lagaan, What Aamir Khan Said About Reena Dutta And Kiran Rao