Why Hrithik Roshan and Jacqueline Fernandez Are Dancing in This Video 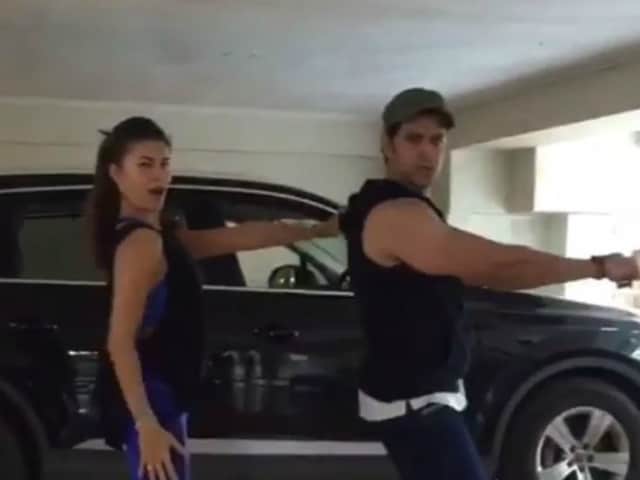 A still from the video shared by jacquelinef143.

New Delhi: Ahead of the release of A Flying Jatt, actress Jacqueline Fernandez has a challenge for everyone - show your best dance moves to the song Beat Pe Booty. It appears that the first one to accept was actor Hrithik Roshan, who grooved effortlessly to the catchy number.

In a video Instagrammed by Jacqueline, the actress joins Hrithik as he breaks into dancing. Hrithik also shares a message for Jacqueline's co-star Tiger Shroff in the video. Here's how the duo matched steps ekdom beat pe:

@tigerjackieshroff @remodsouza told you guys I had a big surprise!! Thank you @hrithikroshan #krrish doing the #beatpebootychallenge if you guys wanna be part of it just hashtag beatpebootychallenge! Can't wait to see what you got!! #bringiton thanks @rahuldid for shooting this for me