Why Diljit Dosanjh Says He Hasn't 'Become A Star Yet'

Diljit Dosanjh said, "No, I have not become a star yet... I do not feel like that currently" 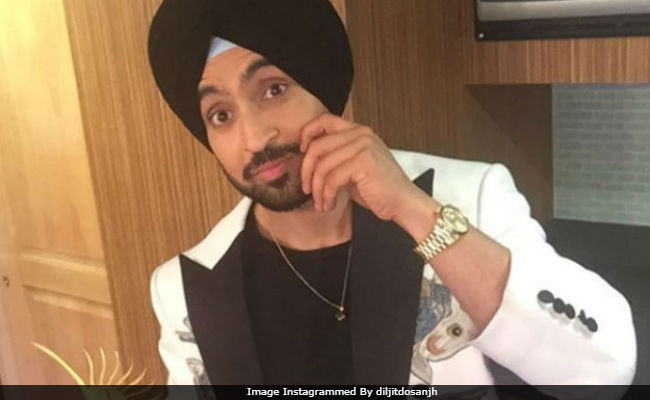 New Delhi: He is a singing sensation, a celebrated name in the Punjabi film industry and has won over Bollywood fans with his roles in films like Udta Punjab and Phillauri. However, Diljit Dosanjh says he does not feel he has become a star yet. With critics and audiences loving his performances, he still doesn't feel he has achieved stardom? "No, I have not become a star yet... I do not feel like that currently," Diljit told IANS over phone from Mumbai.

Diljit made his acting debut in 2011 with The Lion of Punjab and ventured into Bollywood in 2016 with Udta Punjab. He has also sung numbers like Proper Patola, This Singh Is So Stylish, Do You Know and 5 Taara, which have been chart-toppers.

As he is gaining popularity in Bollywood, will Punjabi films take a backseat?

"No. Two of my Hindi films will release this year. But my love for Punjabi films is more. This year, my Punjabi film Rangroot will release. It is based on World War I. So, every year a Punjabi film by me will come," said Diljit, who has earlier starred in films like Jatt & Juliet, Sardaarji, Ambarsariya and Super Singh in his native language.

As of now, he is exploring the small screen too. He will be seen -- once again -- as a mentor in the second season of singing reality show "Rising Star", to be aired on Colors channel.

"Firstly, the similarity between the two seasons will be that it is live like the last time. I think this is the only show that does a live telecast and there is not even a difference of a second... This time there will be new singers, songs and new stories. The set is also new. This time it will be more fun," he said.

Diljit finds both TV and films are "strong mediums".

"A good film will be etched in the minds of people. A film has its own spectacular journey and television has a quick response. I am doing this show because of the way I perform live on stage and get a quick response," he added.

On the film front, he will next be seen playing former Indian hockey captain Sandeep Singh in the upcoming biopic Soorma, which also stars Taapsee Pannu.

"I had never played hockey and I am doing a film on hockey. I thought I'd only be able to do films that I can relate to, but since I am in this field, I would have to do new subjects that are not close to my real life. I have learnt hockey under the guidance of Sandeep Singh."

"The film is a small-town comedy," he said of the movie in which he essays a policeman yet again after Jatt & Juliet 2.


(Except for the headline, this story has not been edited by NDTV staff and is published from a syndicated feed.)
Comments
Diljit Dosanjhdiljit dosanjh films