On Diljit Dosanjh's Birthday: A Treat For Fans With His Best Songs

5 Taara or Patiala Peg, which is your favourite? 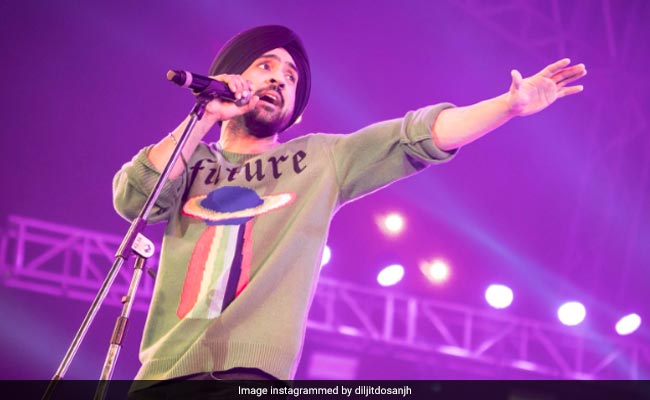 New Delhi: Yay! It's our favourite star Diljit Dosanjh's birthday. Sabka manpasand Punjabi munda is celebrating his 34rth birthday today. Before Diljit made his Bollywood with Udta Punjab, he was loved by all for his famous Punjabi songs, which always topped our party song list. His chartbusters hits like Lak 28 Kudi Da, Proper Patola and Patiala Peg are some of our favourite numbers, which always enlightened our mood and Diljit's fans could not but groove to his tadakte-bhadakte Punjabi gaane. So without much-ado, on Diljit Dosanjh's birthday, here is a treat for fans with his super hit songs. Ready for some bhangra?

The song was released in 2014, featuring Diljit Dosanjh and actress Diljott. The song is about Diljit and his lover's relationship and how his lover broke up with him and married someone else. Diljit's twist in the song gets his fans excited and it has now become the jaan of every cocktail party.

Do You Know was released in 2016 and needs no introduction. The song has now achieved 62 million views and is one of Diljit Dosanjh's best songs. The music video is under Diljit's own label Famous Studios and was shot in some of the picturesque locations of Los Angeles. The song also features model Tris Dhaliwal.

Diljit Dosanjh made his Bollywood debut with Abhishek Chaubey's drug drama Udta Punjab. Diljit sang a reprised version of Ikk Kudi from the film with actress Alia Bhatt and the song won our hearts. It is by far one of the most soulful songs sung by Diljit Dosanjh.

With 81 million views, 5 Taara broke all records, when it was released in 2015. 5 taara theke utte baike taareya main tera saara gussa.....The song features Diljit as a pendu (Punjabi villager) and his bhangra steps in the song are something that we all copy.

Featuring Diljit Dosanjh, Neeru Bajwa and Mandy Takhar, the song is from Diljit's superhit Punjabi film Sardaarji. The song gives us another reason to enjoy life to the fullest with Veervaar din na parhez karda.

Raad Di Gedi is Diljit's latest song and was released by him a couple of days ago. The song features Diljit and actress Neeru Bajwa. Have you heard it yet?

Promoted
Listen to the latest songs, only on JioSaavn.com
With a crash course of all Diljit Dosanjh's songs, the mood is set. Are your party shoes on?